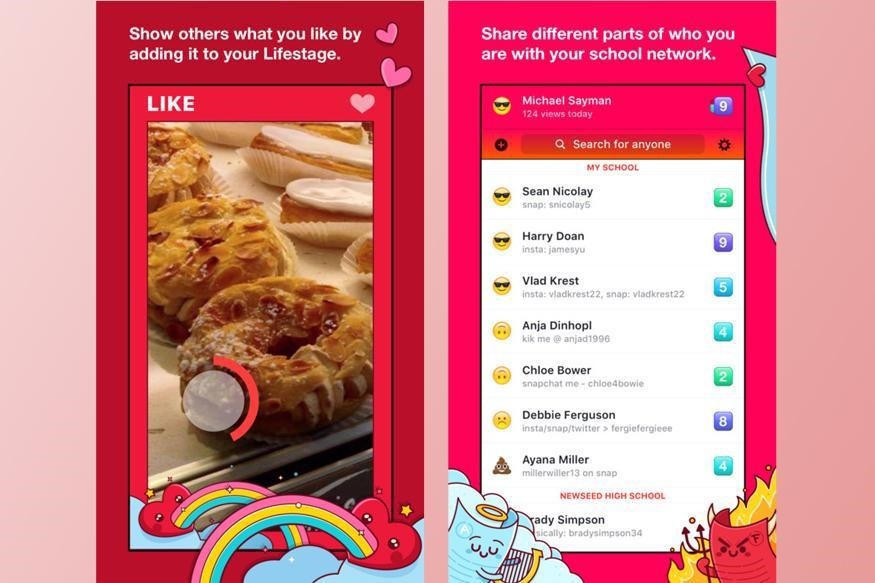 by French Press Agency - AFP Aug 25, 2016 12:00 am
Facebook took direct aim at video-loving adolescents and Snapchat, with the release of a new iPhone app that allows teens to watch clips about the lives of their classmates. The app, called Lifestage, was released with no fanfare, and is available for anyone to download on the iPhone, while users 21 years of age or younger can view the profiles of other users. The social network allows users to make video clips to describe likes, pet peeves, dance styles, and various other aspects of their individual character. Those clips are woven together to serve as public profiles that can then be viewed by other Lifestage members who are within the age limit.

One app tool allows users to block and report older people who pose as members. "Lifestage makes it easy and fun to share a visual profile of who you are with your school network," the app's iTunes store description says.

If enough students from a particular school use the app, it becomes "unlocked" and users gain easy access to other members of that school community. "Once your school is unlocked, you can access the profiles of others in your school community (and all over) so you can get to know people better in your school and nearby schools," the description reads.

Lifestage users are invited to share video snippets whenever they wish. The app comes as a rival to Snapchat, the vanishing message service that became a hit with teenagers and allows members to share pictures and video clips. Lifestage was seen by some as an effort by Facebook to stay connected to young internet users who are otherwise disinclined to take part in the leading social network. Facebook did not return an AFP request for comment. Earlier this month, Instagram put its own spin on a key Snapchat feature by letting users post "stories" that eventually vanish from the Facebook-owned, photo-and video-sharing app.
RELATED TOPICS