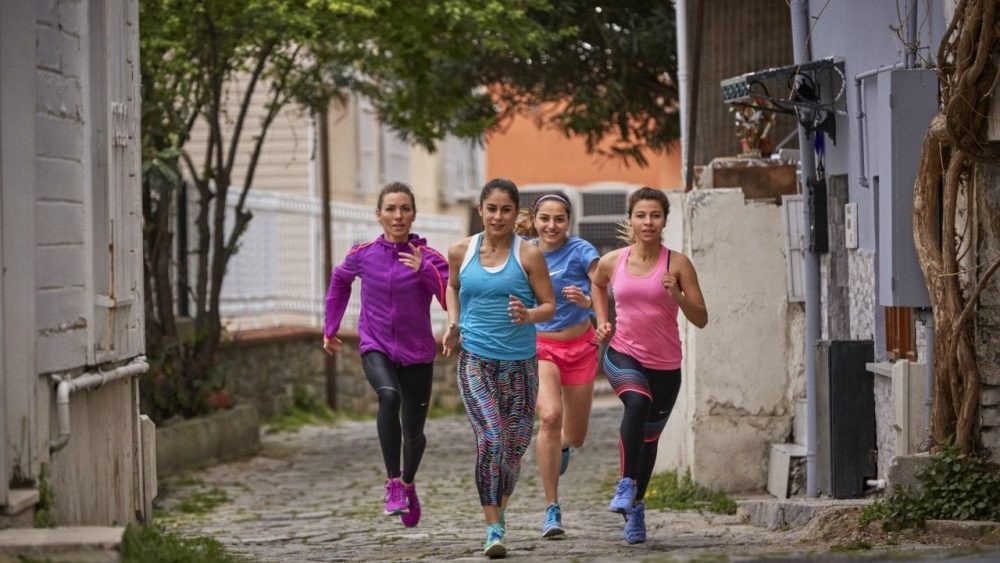 With the coming milder weather, it is geting much easier to run either in the morning hours and the evening after work. A number of running clubs in Istanbul help urbanites to find the best routes and meet new friends while having fun in group running events

Outdoor sports activities can be a challenge for urbanites, as it is difficult to find decent places and to have enough time to do sports. For Istanbulites, the scene is not much different. Either they have to wake up early in the morning to run in certain places - mostly parks, forests and coasts - or bring their workout clothes to the office for an evening run after leaving work. If you are determined to start running regularly, or are a regular runner but feel that you want to have fun while running, Istanbul's running clubs can be your best friend:

Formed back in 2012, "Istanbul Koşu Kuvvetleri" (İKK - Running Forces of Istanbul) is a close-knit group of spirited young adults who enjoy running and urban sports. Their primary aim is to seize every opportunity to exercise, and promote athletics through fundraising events aimed at benefiting nongovernmental organizations that work to help with the education and development of children.

The group meets weekly and holds special weekend competitions open to everyone. On Tuesdays, the members gather on Istanbul's European side, and on Thursdays, they run along the Asian coast. Runners generally cover between 5 to 8 kilometers. For upcoming running days, check out Istanbul Koşu Kuvvetleri's Facebook page.

Team Istrunbul Running Academy was formed by a group of recreational runners from all walks of life who are united in their passion for sport, fitness and well-being, but participate mostly for the joy of sharing an experience with like-minded people. With male and female participants of different ages, Team Istrunbul members meet three or four mornings a week in a number of locations and then gather for post-run breakfasts. "Our mission is to enjoy life through sport, inspire each other with our dedication, spread well-being to our community by encouraging others to take part, train together for various events and to seek support for those who may be in need."

Similar to the İKK, Team Istrunbul generally meets on Tuesdays and Thursdays. If you fancy a very early morning run, the group is ideal as they meet as early as 6 a.m. They frequently meet in the upscale Bebek district. As long as the weather is fine, the group runs in Belgrade Forest. Team Istrunbul's events are advertised on their Facebook page.

"Bu Kızlar Nereye Koşuyor," (Where Are These Girls Running?) is an all-women running team that has over 5,000 members and inspires women to exercise in urban areas. A few years ago, five women decided to form a women-only running club after they met doing a marathon in Bozcaada. Male runners began to join their events. The group's main routes are in Belgrade Forest, on the Caddebostan coast and Kilyos. They see no need to go far away to do sports, as the city's parks offer plenty of spots to run. The group members hold yoga sessions in summer. Check out their blog posts at bukizlarnereyekosuyor.tumblr.com.

The Adım Adım (Step-by-Step) charity allows members to help others through organizing running, cycling, swimming and trekking events. Established in 2007, Adım Adım has become the country's biggest amateur running group with more than 1,000 members. Every month they hold a race and also meet every Saturday at 8 a.m. in the Belgrade Forest for a training run and every Wednesday in Caddebostan and Maçka at 7:30 p.m. The morning training run is followed by breakfast.

The group is a social responsibility partner for two of Turkey's biggest marathon events - the Istanbul Eurasia Marathon and the Runtalya Marathon in Antalya. Within only three years, Adım Adım members have raised donations of over 1 million TL by holding major running events and other sports competitions. Donations are raised on behalf of charitable organizations that have been previously reviewed and selected by Adım Adım for their social impact, transparency and accountability. Adım Adım has helped organizations like the Turkish Spinal Cord Injury Association (TOFD), the Turkish Educational Volunteers' Foundation (TEGV), the Social Volunteers Foundation (TOG) and the Buğday Ecological Society. All are welcome to join.
RELATED TOPICS