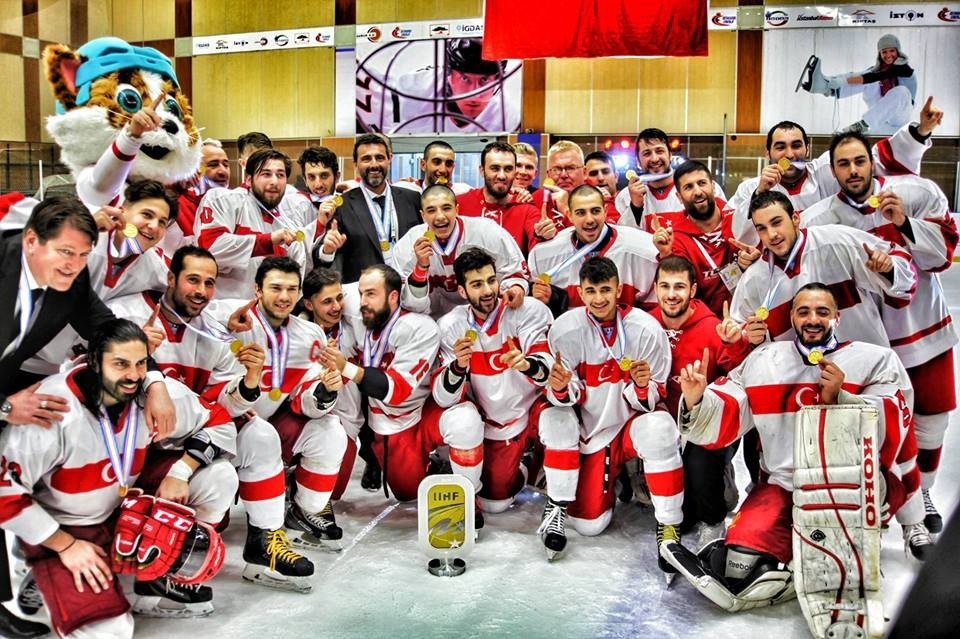 by Daily Sabah with Wires Oct 06, 2016 12:00 am
The Zeytinburnu Municipality's Sports Club Ice Hockey Team recently became the champion of the International Ice Hockey Federation (IIHF) Continental Cup held in Sofia, Bulgaria, and their success was a first in the 35-year history of Turkish ice hockey. However, what is more inspiring about the team is that the group is made up of youths that had been drug-addicts while some also had criminal backgrounds.

In 2010, Istanbul's Zeytinburnu Municipality launched a social responsibility campaign in which young people won free tickets to an ice hockey game if they collected recyclable items. These once drug-addicted young people's interest in ice hockey evolved, and the municipality set up a team that also included university students. Children from the slums received physiological treatment and left drug use behind as they engaged in sports.

Following their national championship and second-rank in the European championships in previous years, the hockey team celebrated their win, as they head to Spain for the IIHF Continental Cup's second round.

Team captain Gökun Öztürk said: "We worked hard and believed that we could win. Our team is an incredible success story, and I cannot describe how I feel now. It's amazing."

Barış Çoşkun, a team member, said: "At first no one believed we could go further like that. What we did is a victory for believing in ourselves." In their interview with Daily Sabah, Çoşkun said: "At first, some came to training after taking drugs and had seizures, but ice hockey has changed their lives. They got away from the criminal world and recovered from their addiction."

Zeytinburnu Mayor Murat Aydın said that the hockey team transformed these young people's course in life, as they have all left their problems behind and now look ahead to a bright future.