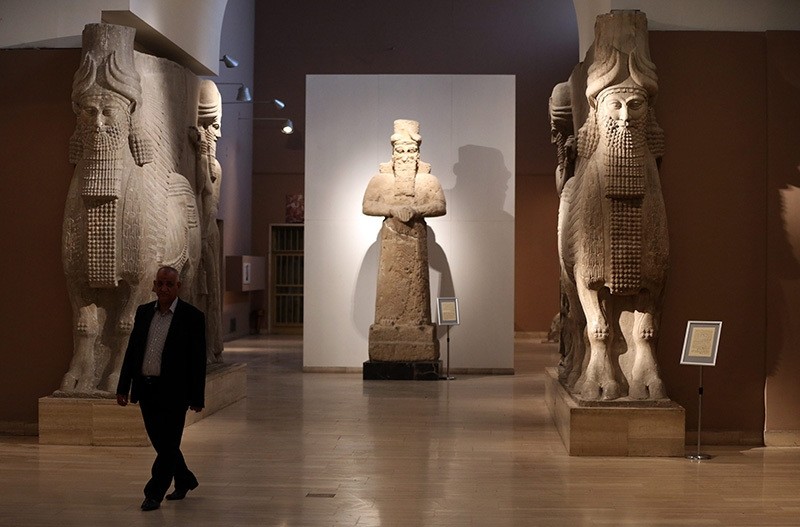 Life-size replicas of ancient monuments from Syria and Iraq, destroyed by Daish, are to go on show at Rome's Colosseum, in an act of cultural defiance against the terrorist group

The Reborn from Destruction exhibition features the Bull of Nimrud, an Iraqi town that was the capital of the Neo Assyrian Empire in the 9th century BC, the Hall of State Archives of Ebla, and the ceiling of the Temple of Bel in Palmyra, both from Syria.

It opens on Friday and runs until December 11.

Francesco Rutelli, a former mayor of Rome and Italian minister for culture who helped organize the show, said ahead of the opening that salvaging cultural landmarks from war zones was almost as important as saving human lives.

"Of course human lives come first, but the erasure of the identity, heritage and legacy of entire populations also has devastating consequences," he told DPA, denouncing Daish's "iconoclasm," or deliberate destruction of ancient artefacts.

Rutelli said the original Bull of Nimrud has been "pulverized;" Ebla's State Archives are "in an irreparable state" after plundering and neglect; and the Temple of Bel has been blown up "but fragments still exist, so it may be patiently restored once the war is over."

The three monuments were reconstructed by 3D printers and robots, in resin and styrofoam covered in marble dust, using photographs, videos and drawings as a model, at a cost of around 160,000 euros (180,000 dollars).

Another Palmyra landmark - its ancient Roman Monumental Arch - was also reconstructed earlier this year. The replica, to be eventually placed in Palmyra, was unveiled in London's Trafalgar Square in April, and was later displayed in New York and Dubai.