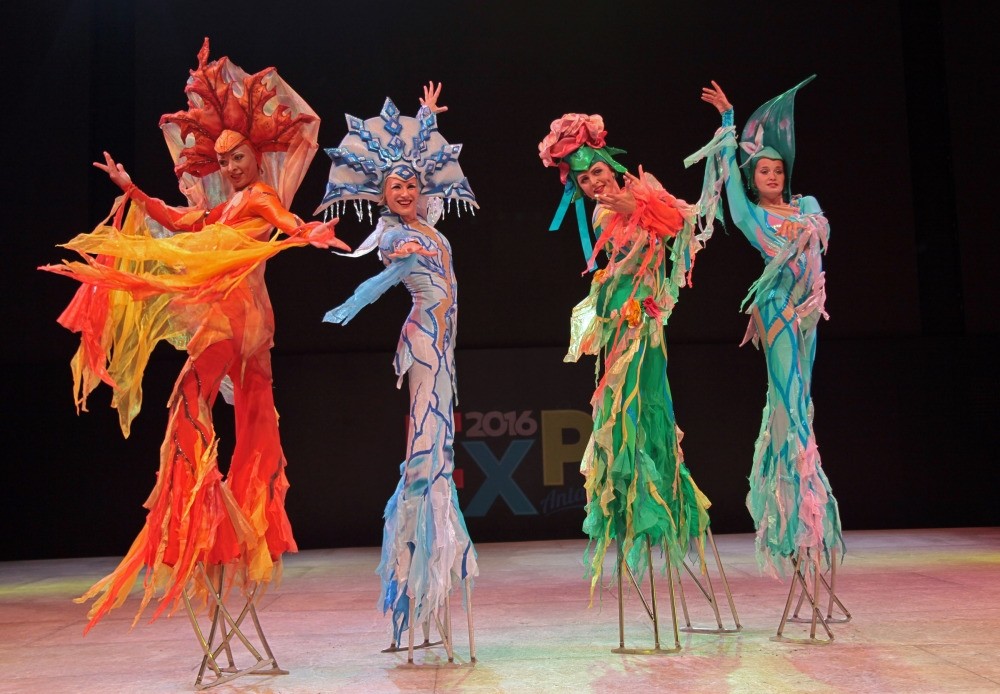 by Anadolu Agency Oct 06, 2016 12:00 am
One of the best-known ice shows ever, the Moscow Circus on Ice is bringing traditional Russian circus artistry to Expo 2016 Antalya until Oct. 8.

Having made their name thanks to their agility on the rink, the Moscow Circus on Ice delivers outstanding performances on skates. Traditional Russian costumes and dynamic sound and lighting add a festive atmosphere to the group's performances. The circus has drawn worldwide acclaim with its award-winning artists who blend figure skating with first-class acrobatics and demanding dance styles.

Regarded as the world's first and only circus performing on the ice rink, the Moscow Circus on Ice made its debut in 1964. Under the direction of Natalia Abramova, its colorful attire and dazzling choreography continue today to enrich a traditional art form with creativity, guided by their precursors' experience.