Pink Floyd to reunite for Palestinian cause 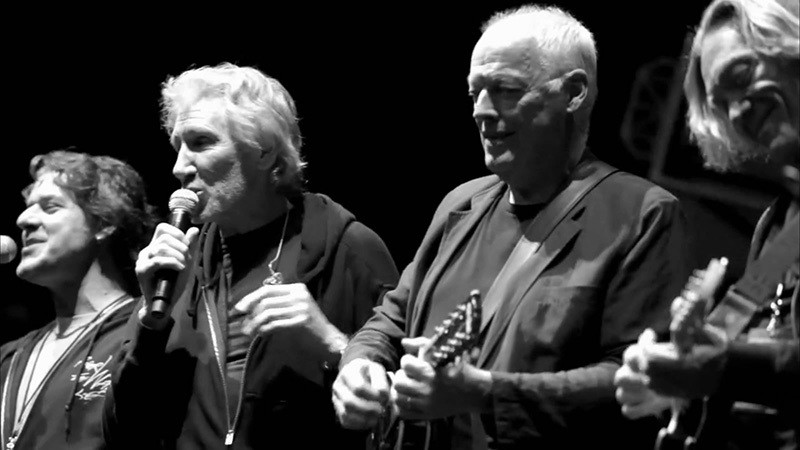 Legendary rock band Pink Floyd have announced that they will "reunite to stand with the Women of the Gaza Freedom Flotilla" that was intercepted by Israeli forces after trying to enter the Gaza Strip.

The woman-led Gaza aid-ship, called Zaytouna-Oliva, set sail from Barcelona last month to try and break the Gaza-blockade, which has been enforced by the Israeli government since 2007.

Although the flotilla was in international waters, Israeli naval forces raided it and took the activists into custody, claiming that they were within Israel's border.

The band's members, David Gilmour, Nick Mason and Roger Waters, released a statement on Pink Floyd's offical Facebook account stating that they all support the woman activists who were taken into custody by Israeli forces.

Roger Waters also shared a video record of himself on his official Twitter account, speaking about the "brave" woman activists, and stating that he also stands with those Palestinians who are living in the Gaza Strip.


Known as a human-rights defender and an activist, Waters composed a song for Palestinian people last year called "We Shall Overcome".

Since the beginning of the Gaza blockade, Israeli forces have not allowed any aid-ships to enter the Strip and have arrested or killed activists trying to do so.

In 2010 Israeli soldiers killed activists aboard the Mavi Marmara flotilla, a Turkish aid-ship, leading to a years-long diplomatic crisis between Turkey and Israeli.

The Mavi Marmara set sail from Turkey to the Gaza Strip, containing activists coming from different nations, mostly Turks, with the aim of breaking the blockade.

Israeli forces killed 10 Turkish activists aboard the aid-flotilla, even though it was in international waters at the time.