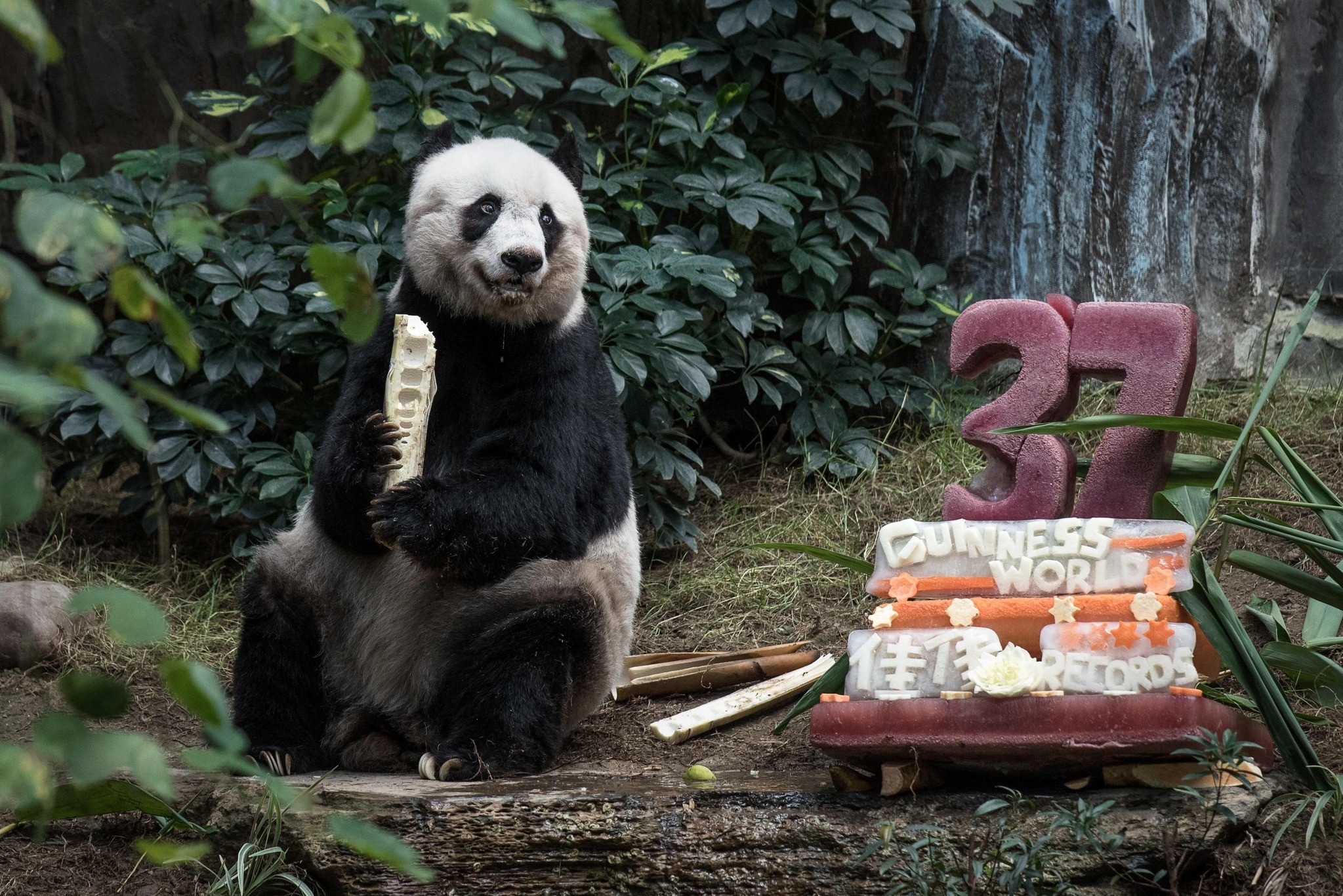 Giant panda Jia Jia eats a bamboo stick next to her cake made of ice and fruit juice to mark her 37th birthday at an amusement park in Hong Kong, making her the oldest giant panda ever kept in captivity, July 28, 2015. (AFP Photo)
by Oct 17, 2016 12:00 am

The oldest giant panda living in captivity, 38-year-old Jia Jia, was euthanised in Hong Kong after rapidly deteriorating health over the past two weeks, her owners Ocean Park said on Sunday.

Jia Jia, whose name means "good", had been gifted to HongKong in 1999 along with another panda, to mark the second anniversary of the city's handover from former colonial ruler Britain.

In recent weeks Jia Jia's food consumption had sharply declined from over 10kg (22 pounds) to less than three kg (sixpounds) per day and her average weight dropped from 71kg (156 pounds) to around 67kg (147 pounds).

"Over the past few days, she has been spending less time awake and showing no interest in food or fluids. Her condition became worse this morning. Jia Jia was not able to walk about without difficulties and spent the day laying down," Ocean Park said in a statement posted on its website.

"Her state became so debilitated that based on ethical reasons and in order to prevent suffering, veterinarians...agreed to a humane euthanasia for Jia Jia."

Pandas are endangered because most of their natural habitat has been destroyed for timber, farming and construction, according to the World Wildlife Fund.

A Chinese government survey in 2014 estimated 1,864 pandas live in the wild, up 17 percent from 2003. They also have an exceptionally short breeding season, with females fertile for just 24 to 36 hours a year, says a nonprofit body, Pandas International.