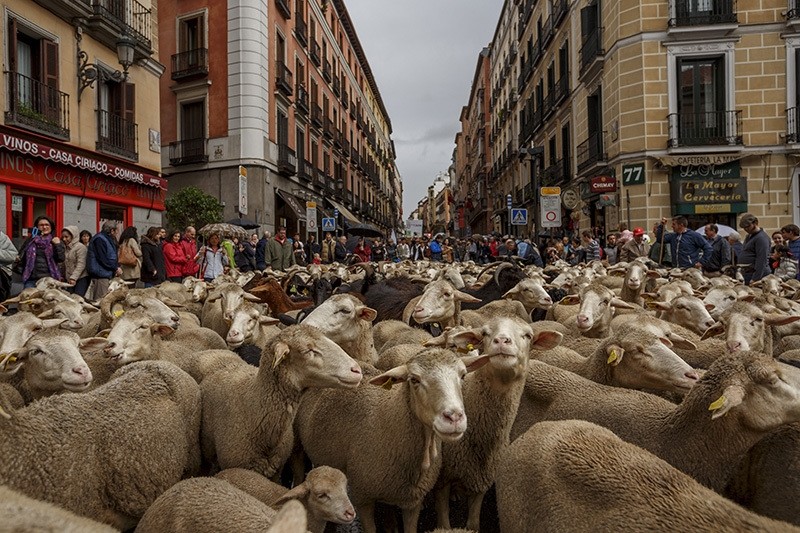 More than 2,000 sheep walked through the streets of the center of Madrid, guided by their shepherds, as part of an ancient tradition called Transhumance on Sunday.

The Transhumance Festival, called Fiesta de la Transhumancia in Spanish, dates back to the Middle Ages, and is now being continued as a protest to draw attention to people working in stock farming.

The tradition started as an ancient agricultural practice of moving a flock of sheep from one field to another to prevent overgrazing.

Shepherds guided thousands of sheep in the city's most emblematic locations and paid pass fee in the medieval currency in memory of the deal.

During the parade, streets were temporarily closed to traffic while city-dwellers and tourists gathered to watch the sheep walk.

The festival, which was organized with the help of Spain's Ministry of Agriculture, lasted about four hours.