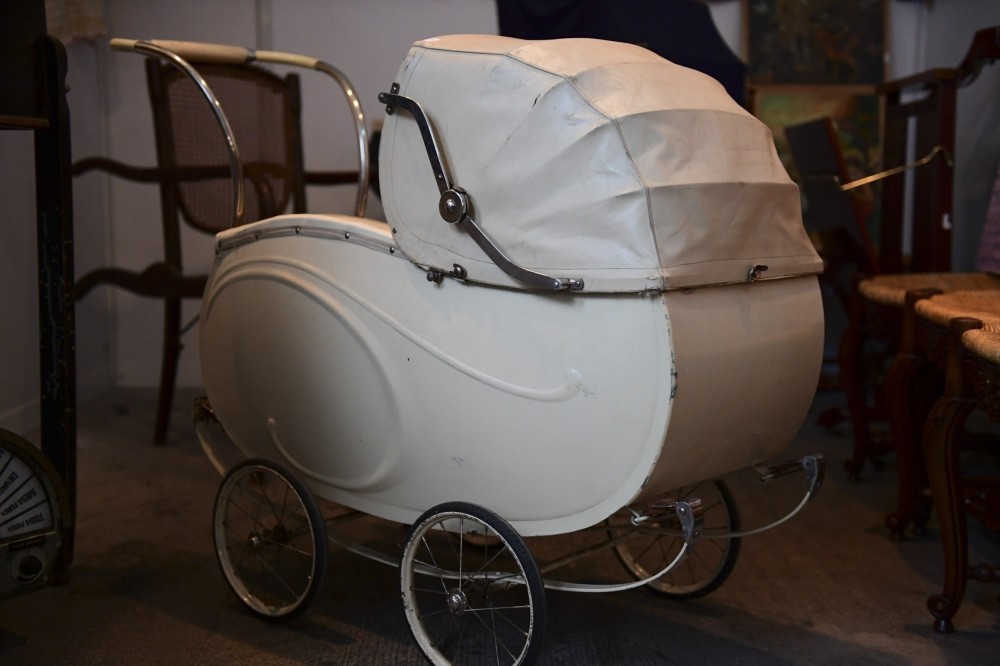 by Anadolu Agency Oct 29, 2016 12:00 am
Organized by the Üsküdar Antique Shops Market and with contributions by Üsküdar Municipality, the Üsküdar Antique Fair has opened its doors and is showing the wares of 35 different antique shops. Speaking at the inauguration of the fair in Üsküdar Square, Üsküdar Municipality Mayor Hilmi Türkmen said: "There are some things in life where you realize their value after some time. Each artwork carries a message of its own time and becomes an ambassador of its time of origin in the mystical atmosphere of Üsküdar. We previously held a second-hand book fair here. Today, we are here again to be the witnesses of history."

Stating that it is a great honor to organize such a fair in a city that has a history going back thousands of years, Mayor Türkmen continued: "This time the smell of the Bosporus blends with the smell of history in Üsküdar. Üsküdar, the pioneer district of Istanbul, breaks new ground. Craftsmen and antique dealers coming from various places will present valuable pieces to Istanbulites. We are happy to present you an event that is entirely composed of antique goods. Throughout the fair, the antiques being displayed will not only draw antique lovers but also art lovers to Üsküdar."

The fair's organizer, Abdülbaki Şimşek, thanked everyone who had worked hard to realize the fair and said: "This is the first fair in Turkey dedicated just to antiques. Although similar fairs have taken place throughout Istanbul previously, this is the first time that real antique dealers participated in an event." Pointing out that being an antique dealer blends history and art, Şimşek stressed the importance of bringing the culture of antiques to people.

The fair, which brings a total of 35 antique shops around Istanbul together and features hundreds of antique objects, including a 1989-fire truck, can be visited until Nov. 6.
Last Update: Oct 29, 2016 1:22 pm
RELATED TOPICS