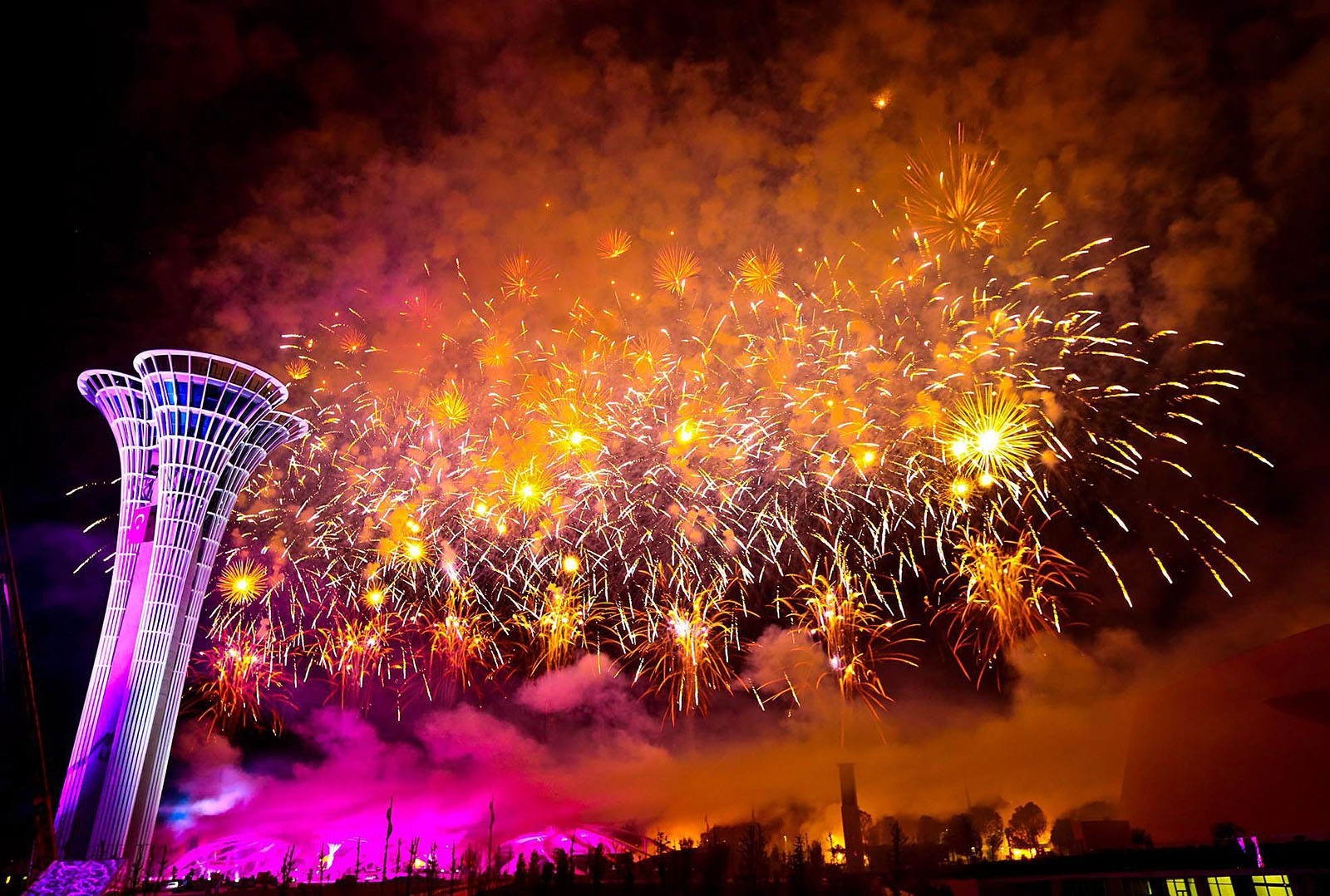 As Turkey's first expo, EXPO 2016 Antalya will remain open until Dec. 31 and a grand closing ceremony took place on Sunday night concluding the international events that have been taking place at the venue. Having opened its doors on April 22 under the auspices of the Turkish Presidency and with the theme "Flowers and Children," EXPO Antalya drew 4.5 million visitors in 191 days and hosted 54 participating countries. A great number of visitors were children, reaching 1.5 million. The expo has been set up on a 112-hectare exhibit site in Antalya's Aksu district. The large expo venue cost TL 1.7 billion ($600 million).

Introducing ambitious gardens of numerous countries including a 3,150-square-meter Chinese garden called "Moon's Jewel," and a 1,200-square-meter Japanese garden as well as others from Russia and Thailand, the event put focus on biodiversity, environmental sustainability and green cities.

The mantra of the EXPO Antalya 2016 was "A green world for future generations." The expo introduced national and international events such as concerts, congresses and symposiums, dance shows, musicals, plays, workshops, street shows and special events for national days and the holy month of Ramadan. The expo is meant to promote Turkish history and cultural diversity as well as the country's rich agricultural and economic potential.

Over 30,000 activities were organized within the event program including 500 theater performances, 400 shows and more than 100 concerts along with national days for participating countries. Turkish culinary culture was offered at food courts and on the restaurant street.

Bernard Oosterom, the President of the International Association of Horticultural Producers (AIPH), said millions of visitors enjoyed the event in the last six months. Steen Christensen, the President of International Exhibitions Bureau (BIE) said Turkey contributed tremendously to the expo. "A new page opened with Turkey's efforts in the international gardening field. What has been done here will contribute to the following expositions," Christensen said.

In 2019, China will host the EXPO Beijing with the motto "Live Green, Live Better."