Turkey cooperates with UN for future of Syrian refugees 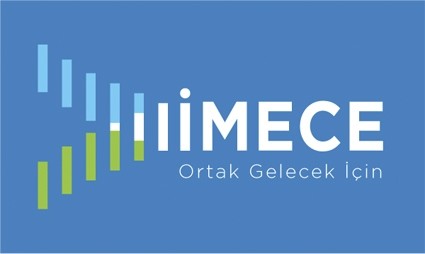 ,u0130MECE - For Common Future,
by Daily Sabah Nov 11, 2016 12:00 am
Data from the Office of the United Nations High Commissioner for Refugees (UNHCR) reveals that 2.7 million Syrians out of 4.8 million who were deprived of their right to live in their country freely due to the political and social instability in Syria have taken refuge in Turkey. As the civil war in Syrian continues, the number of Syrian children who are born within Turkish borders has increased. The reports claim that Syrian children growing up in Turkey will soon become part of Turkey's young generation. The Habitat Association and UNHCR have joined forces in the İMECE Program in efforts to provide a peaceful living space in Turkey and generate a common future by contributing to employment.

As part of the İMECE Program, Turkish and Syrian entrepreneurs and future entrepreneurs who want to contribute to the development of Turkey by using the financial sources that Syrian refugees brought with them and create a common future for both Turks and the Syrians will take part in various training programs. Through the activities that will be undertaken as part of the İMECE Program, new employment and profession opportunities will also be created.

Başak Saral, the general coordinator at the Habitat Association and the director of the İMECE Program, said the details of the program, on which they have been "working hard for some time," will be announced to the public shortly. "We have launched the İMECE Program believing that it is time for 'imece' [collective work in Turkish] to build a feature hand in hand with the Syrian refugees and continue to build the economy of Turkey. The İMECE Program, which will be activated soon aims to turn the Syrian human resource into positive value for our country."

Offering insights into the project's targets, İMECE Program Director Saral said the main objective of the program is to help Syrian refugees to feel that they are part of Turkey and to regain their self-confidence by enabling them to overcome their traumatic experiences. She said: "Furthermore, another important target of the program is to break the walls between the Syrian refugees and locals."

Saral claimed that the İMECE Program will contribute to Turkey's 2023 development goals and offered more information about the future of the program. She said: "In the long run, we want to maintain the continuity of the İMECE Program and make it a sustainable initiative in order to enlarge its impact area and touch the lives of as many people as we can. Our goal is to build a future together with Syrian refugees by contributing to the development, economy and social peace of Turkey."
RELATED TOPICS