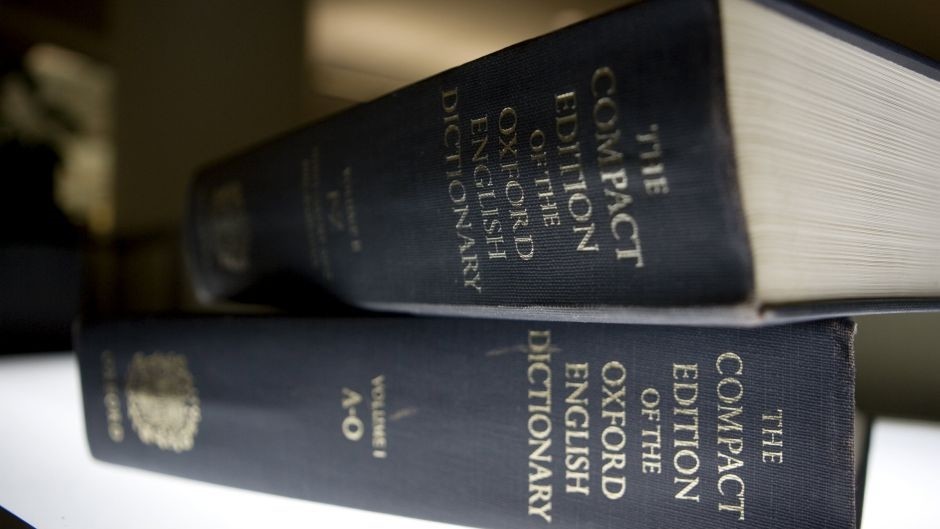 Oxford Dictionaries chose "post-truth" as their word of the year on Wednesday, saying its use had spiked because of the Brexit vote in Britain and the rise of Donald Trump in the United States.

"Post-truth has gone from being a peripheral term to being a mainstay in political commentary," Oxford Dictionaries said in a statement, noting that usage had increased by 2,000 percent since last year.

The publisher defined the word as "relating or denoting circumstances in which objective facts are less influential in shaping public opinion than appeals to emotion and personal belief".

"It's not surprising that our choice reflects a year dominated by highly-charged political and social discourse," said Casper Grathwohl, president of Oxford Dictionaries.

"Fuelled by the rise of social media as a news source and a growing distrust of facts offered up by the establishment, 'post-truth' as a concept has been finding its linguistic footing for some time.

"We first saw the frequency really spike this year in June with buzz over the Brexit vote and again in July when Donald Trump secured the Republican presidential nomination."

The runners-up for words of the year included the British term "Brexiteer" used for anti-EU advocates.

"Alt-right" also made the shortlist, defined as an ultra-conservative grouping in the United States "characterised by a rejection of mainstream politics and the use of online media to disseminate deliberately controversial content".

Trump's appointment of anti-establishment media firebrand Steve Bannon, seen as a leader of the "alt-right" movement, as his chief of staff earlier this week has proved highly controversial.

Charlotte Buxton, associate editor at Oxford Dictionaries, said the term "caught the public imagination" in Britain and the US, with social networks playing a key role.

"It's tied in quite closely with the social media world now and how people are accessing their news," she told AFP.

"I think it reflects a trend of how emotion and individual reactions are becoming more and more important.

"People are restricting their news consumption to sources that don't claim to be neutral."

Social media networks, in particular Facebook, have come under fire since the US election for allowing "fake news" and misinformation to be widely shared.

Google and Facebook responded to the criticism Tuesday by pledging to cut off advertising revenue to fake news sites which some claim influenced the US vote.

The term "post-truth" is "reflective of the mood of the past 12 months," said Buxton, but it has been around for some time.

Oxford Dictionaries traced its first use to a 1992 essay by late Serbian-American playwright Steve Tesich in The Nation magazine about the Iran-Contra scandal and the Gulf War.

"We, as a free people, have freely decided that we want to live in some post-truth world," Tesich wrote.

"There is evidence of the phrase 'post-truth' being used before Tesich's article, but apparently with the transparent meaning 'after the truth was known' and not with the new implication that truth itself has become irrelevant," Oxford Dictionaries said.