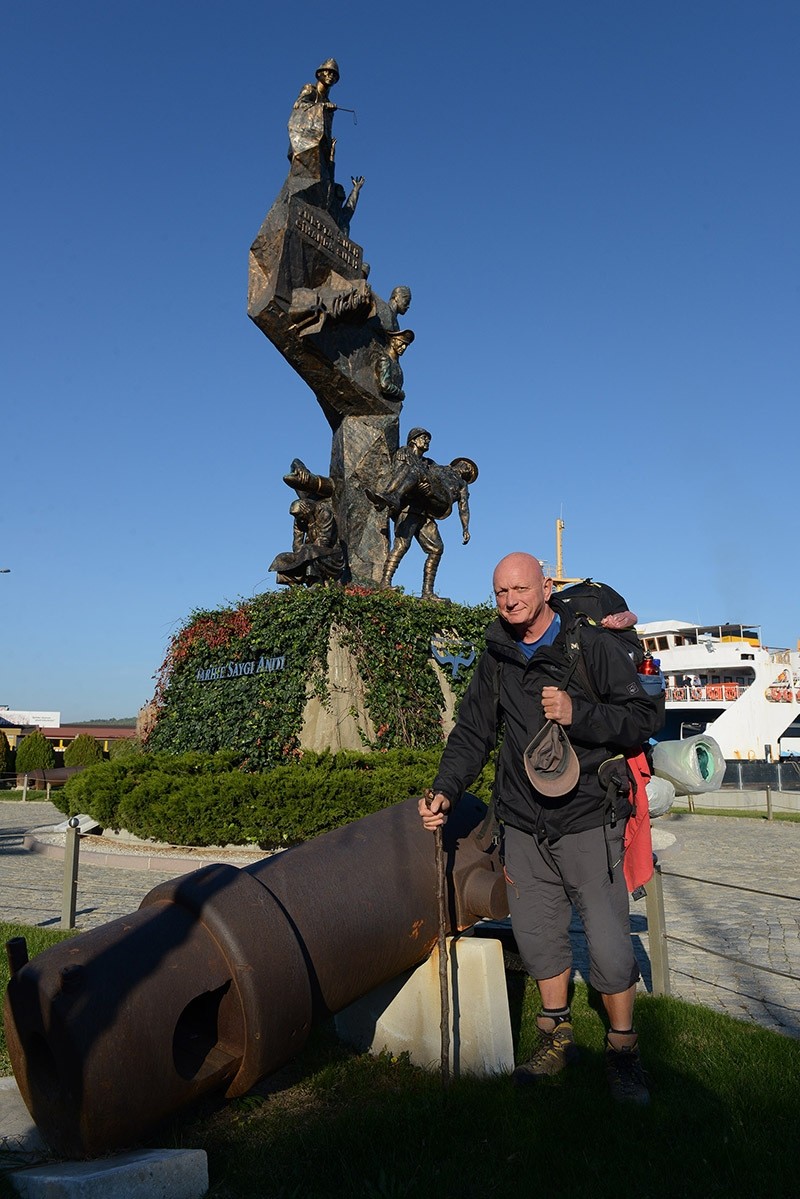 Leonardus Vercauteren has been walking solidly for the past six months across Europe in order to draw attention to ongoing wars worldwide. He began his arduous journey in the Belgian town of Nieuwport on 23 May, and has walked 3,900 kilometers to reach the Gallipoli Peninsula within the district of Eceabat in Turkey's Çanakkale province.

Vercauteren brought the many presents which he had accumulated in the course of his journey, while Mayor Adem Ejder gifted him handmade beads in exchange, and taught him how to count them.

Vercauteren described how pleased he was to be welcomed in Turkey with such hospitality, and explained the reason for his peace walk.

"I walked along the frontlines of the First World War in order to support UNICEF campaigns on child soldiers, children living in poverty and illness, and human rights organizations," he said.

His route took him through France, Italy, Slovenia, Croatia, Albania, Macedonia and Greece. Describing some of the emotions he had experienced along the way, he highlighted the traces of war still remnant across the continent.

"I have seen many war memorials and graves. To see them is not a good thing at all. But I am happy to have met all these people during this project. I am especially happy to see Turkey, Australia and New Zealand's friendship. We need peace now not war", he said.

Vercauteren now plans to visit martyrs memorials and graves in Çanakkale, where the First World War was fought intensively.