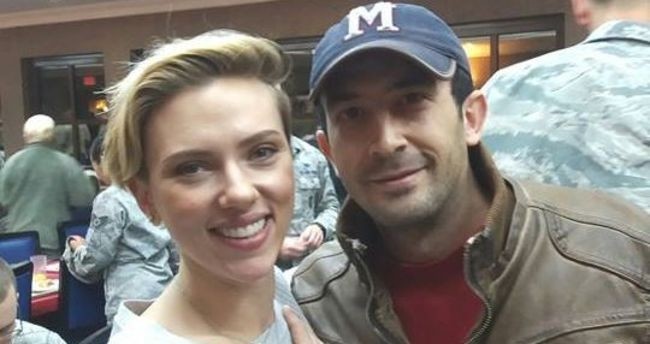 A Turkish man, who learned that the American actress Scarlett Johansson, actor Chris Evans, and a group of athletes would visit the İncirlik Air Base in Turkey's southern Adana province on Monday to boost the morale of the U.S. soldiers, made a plan to see the celebrities up-close.

When the group arrived in the southern city, the man managed to enter the base via his friend, who has the permission to enter the military base, and took photos with Johansson, Evans, and the others.

The man first shocked everyone on social media by sharing his photos with the American stars at the base on the internet, by saying that he sneaked through the air base without any permission.

Later it was also revealed that the man's name was written on the visitor list.

U.S. authorities launched an investigation about the Turkish man following the incident because only high-ranking soldiers are allowed to enter the İncirlik Air Base.

Telling why he decided to enter the base, the man said "I found a way to enter, I pushed the limits to see Scarlett."

But he managed to cheat people and media outlets with his story of 'sneaking onto the base', and everyone believed him. 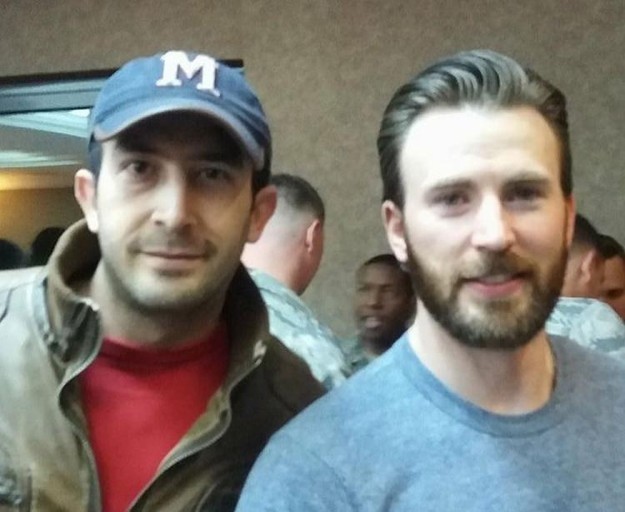 Contrary to the real incident, the man said, "I learned that Scarlett Johansson, basketball player Ray Allen, Chirs Evans from Captain America and the others arrived in Adana. I used this opportunity, I took the risk. There were heavy security measures inside, FBI, CIA and other special security guards were there, and even the U.S. Chief of Staff was there."

Stating that he was the only civilian inside the Air Base, he added, "I learned that they would enter the dining hall at 7 PM, I lied in ambush…Meanwhile, there were foreign soldiers by me… I wore a hat…I drew attention because I was the only one who was civil. Then, American cars arrived with jammer, buses, etcetera…and Ray Allen, Scarlett Johansson and Chris Evans got out of the bus. I was scared and couldn't go to them." 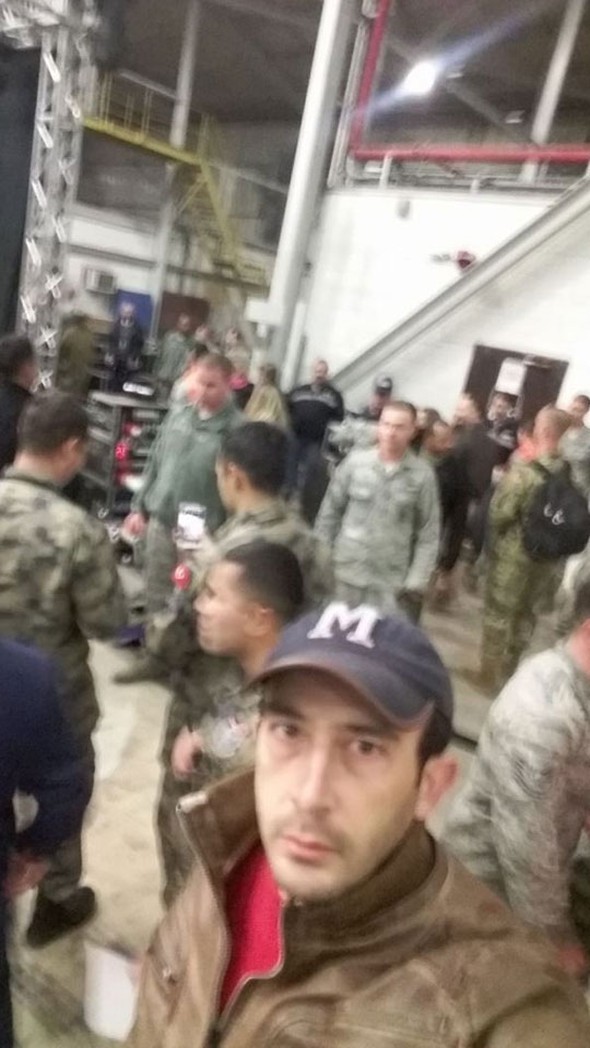 "I was like a famous man, everyone looked us, and I found a way and took two photos with Scarlett after the meal…" he said.

"There was an event in the apron, everyone went there, but I didn't go there because U.S. soldiers would ask identity card there, I waited outside the apron…" he added. 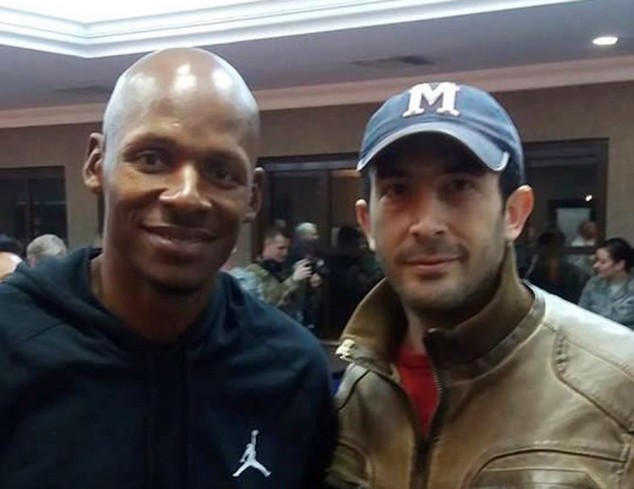 Chris Evans, Scarlett Johansson, and a group consisting of athletes and musicians paid a visit to İncirlik Air Base located in Turkey's southern Adana province on Monday, as part of an event organized by the United Service Organization (USO) to boost morale of U.S. troops ahead of Christmas.

According to reports, the movie stars visited İncirlik with U.S. Chairman of the Joint Chiefs of Staff Gen. Joseph Dunford, who met with his Turkish counterpart Chief of General Staff Gen. Hulusi Akar.

The troops at İncirlik got a chance to speak with the famous stars and take photos during the visit.

İncirlik Air Base is currently used by the U.S.-led coalition to fight Daesh targets. The Royal Air Force and the Royal Saudi Air Force also use the base.