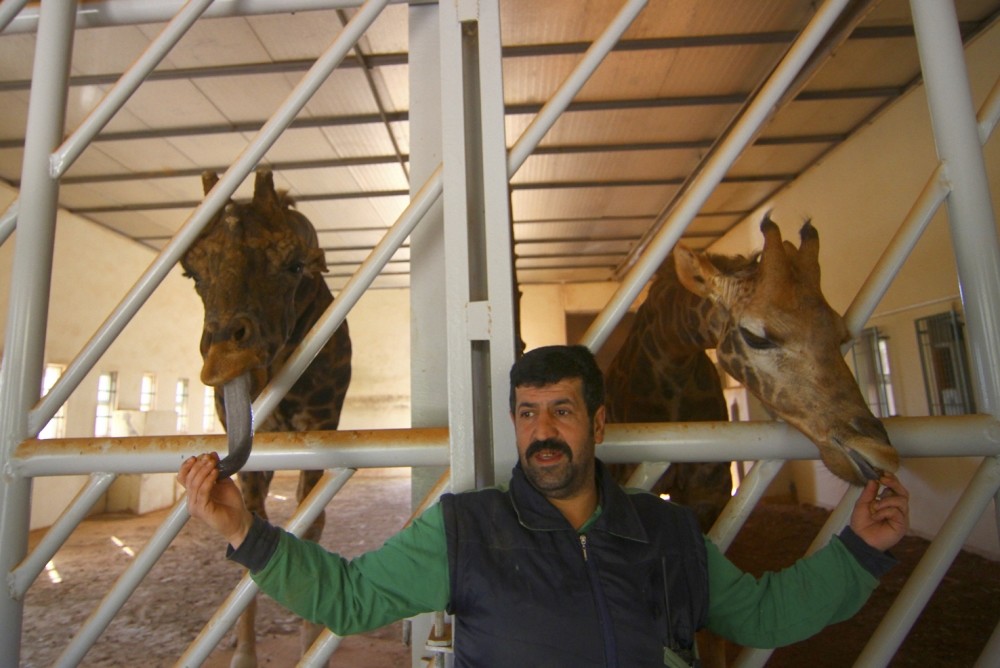 by Anadolu Agency Dec 15, 2016 12:00 am
A special winter menu is being prepared at Gaziantep Zoo for the animals of African origins that were brought from warmer climates. Animals are fed a diet rich in vitamins and minerals found in vegetables and fruits, figs, raisins and high-energy foods such as peanuts.

Ranking the fourth biggest in the world, the second in Europe and the biggest in Turkey in terms of surface area and variety of species, Gaziantep Zoo is witnessing a strong endeavor as the weather gets cold.

Measures have been taken to protect especially the African-origin animals in the zoo, where 7,500 animals of nearly 330 species take shelter. Heaters have been installed in the living areas of elephants, chimpanzees, jaguars, zebras and giraffes, while up-feed heating systems have been implemented for snakes and crocodiles.

The menus for the animals have also been changed. Everyday animals are fed raisins, peanuts, figs and energy foods. Celal Özsöyler, the department head of Natural Life Protection at Gaziantep Metropolitan Municipality, told Anadolu Agency (AA) that the zoo is symbolic for Gaziantep. Özsöyler remarked visitors come not only in the summer but also in winter. He said that elephants, jaguars and zebras are generally affected by the cold. "We ensure through making the constant necessary checks that the temperature does not drop below 15 degrees Celsius.

Özsöyler explained that effort is made for African-origin animals in particular. He added that they feed all animals with protein-rich foods to protect them from the effects of winter. "Gazelles, deer, antelopes, elephants, giraffes, llamas and other animals are fed energy-giving food such as raisins, figs and peanuts. Additionally, we provide special vitamins to protect them from the cold," he concluded.
Last Update: Dec 15, 2016 1:42 am
RELATED TOPICS