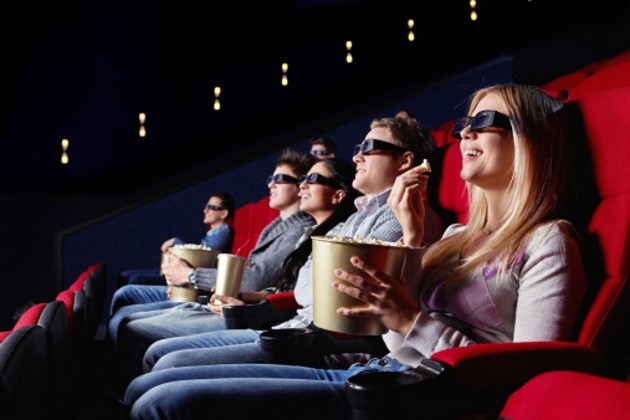 Other interesting results came from Sinemia, a private cinema club, showing that Turkish people's interest in going to the movies has doubled. Speaking to the Sabah newspaper, Rıfat Oğuz, the founder of Sinemia, said Turkish cinema has grown about 22 percent this year. The Sinemia results also show that the three biggest Turkish cities - Istanbul, Ankara and Izmir - top the list for highest rates of movie watching while the central Konya province is where people most frequently go to the movie theater.

It appears that Turkish men have a more close interest in movie watching than women as Oğuz further said that Turkish men go to the movie theater more than women. Not surprisingly, students aged over 16 are the most frequent cinema goers but after 30, less people have time to go to the cinema.

In recent years, Turkish movie goers have preferred to see locally made films, with interest increasing by around 27 percent.
RELATED TOPICS