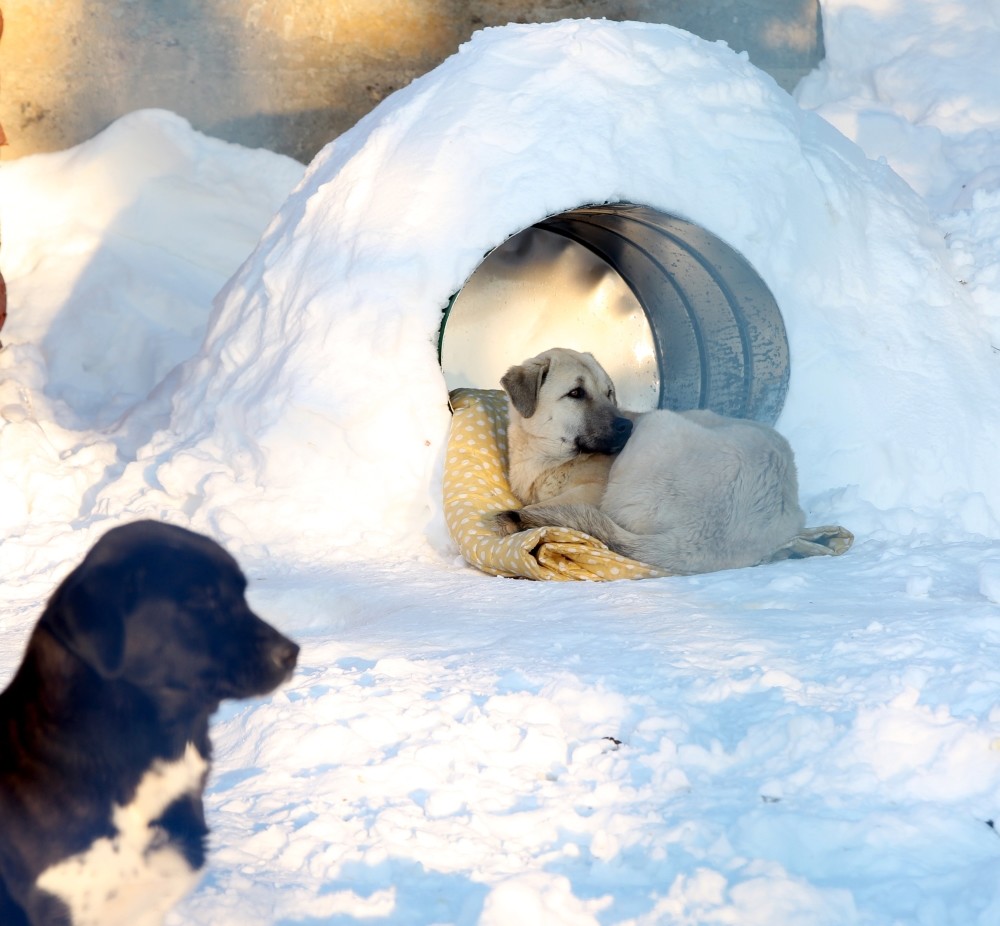 by Anadolu Agency Dec 21, 2016 12:00 am
Erzurum, a place that sees some of the most difficult climate conditions in the whole of Turkey, is protecting its four-legged friends in igloo-style houses similar to the ones that Eskimos live in.

Hundreds of unclaimed animals that are brought from the city center and districts of Erzurum for castrating and vaccination are looked after with utmost care at the Erzurum Metropolitan Municipality Street Animals Shelter and Rehabilitation Center. The new shelters, made from wood and bricks, have been built especially for the animals in the center, where animals are taken care of, rehabilitated and cured of illnesses. Rehabilitation center officials have also decided to take a different approach to the animals that are left outside the indoor shelters. Considering the low temperatures in Erzurum, where snow can reach almost 50 centimeters, nearly 15 igloo-style shelters were built to protect the street animals from the harsh weather conditions.

The street dogs prefer to stay inside the igloos instead of outside on the streets. Ahmet Çağrı Birdal, the director of the veterinary department in Erzurum, said the street animals are undergoing their rehabilitation in the center. "We thought, what can we do in order not to keep these animals away from their natural habitat and keep them safe at the same time until we release them into their natural habitat? We already have shelters made from wood and brick, so we decided to use snow in order to protect them from the cold. We built igloo-style houses in order to assist animals though winter conditions."
RELATED TOPICS