by Zeynep Esra İstanbullu Dec 23, 2016 12:00 am
A unique Ottoman-era head armor for elephants, decorated with valuable stones and motifs, has been put on display for the first time in Turkey at Istanbul's Hisart - The Live History and Diorama Museum, a one-of-a-kind living history museum. 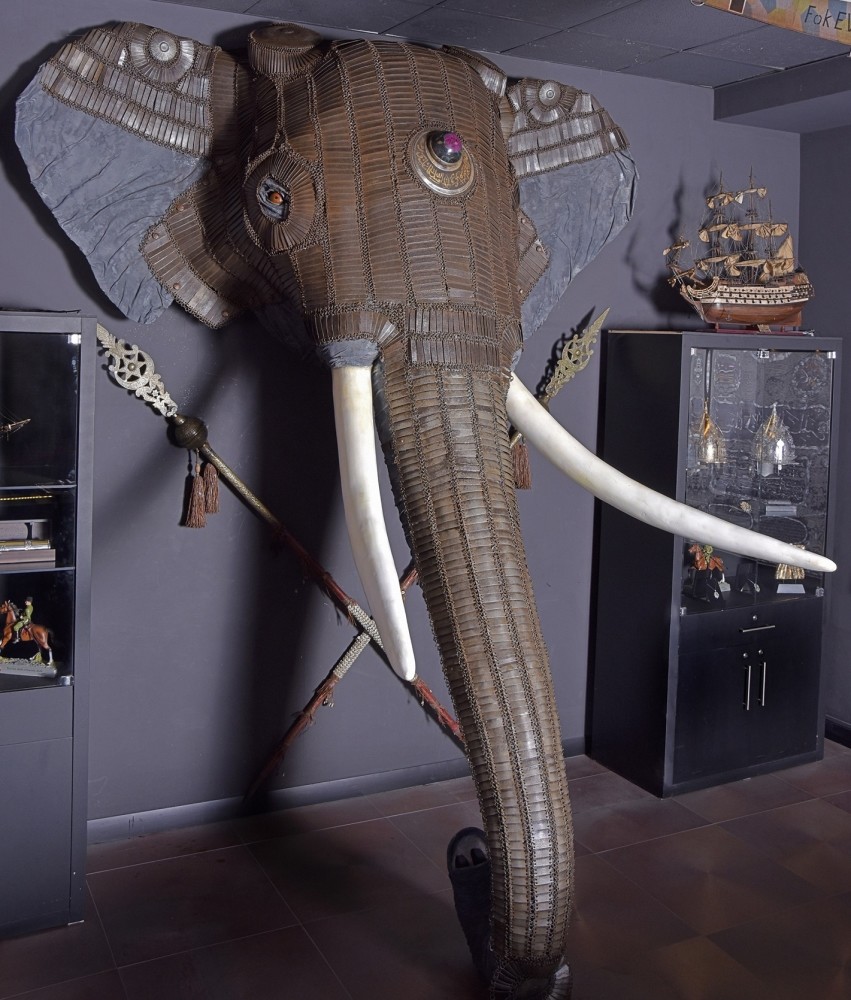 The armor, which is five meters in length and three meters in width, was borrowed from a private collection and was put on display after hours of meticulous work. It features a priceless ruby and calligraphy of Quranic verses. The armor is believed to date back to the 1402 Battle of Ankara, which was fought between the the Ottoman Sultan Bayezid I and Timur, ruler of the Timurid Empire.

Since ancient times, elephants have been used in war by the Indians and many other civilizations as well as by Timur's army.

Covered in special armor, these huge war animals were a nightmare for Timur's enemies and became famous as "The Elephants of Timur."

Elephants were later used by the Ottoman Empire as well. The tailor-made armor for the elephants was made to protect the animal as well as intimidate the enemy.
RELATED TOPICS