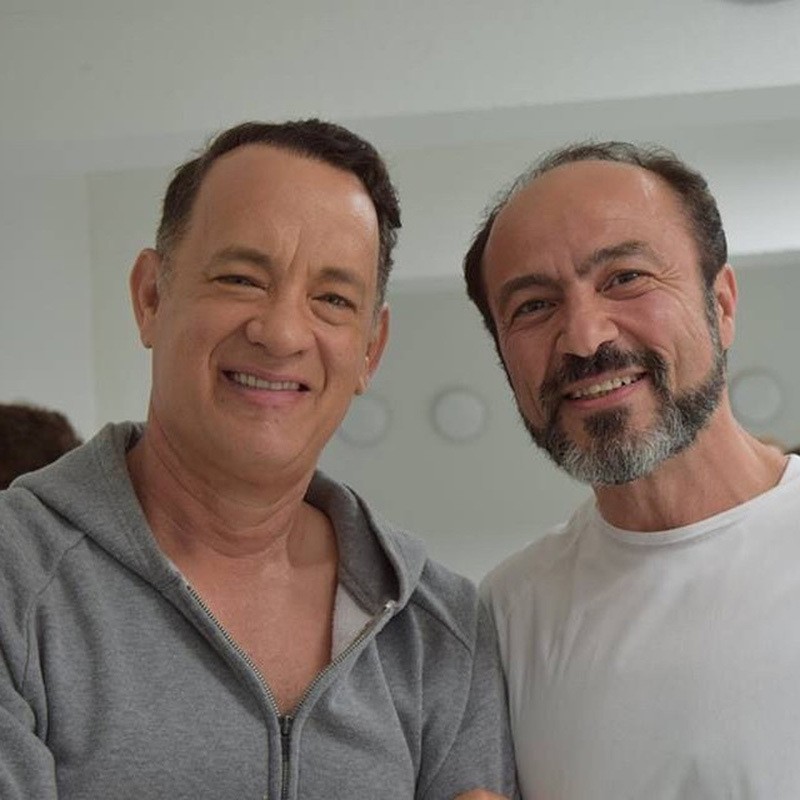 It's an all-too-familiar Hollywood story: the out-of-work actor eking out an existence in cheap housing, earning minimum wage delivering pizzas, desperate for his big break.

But for Jay Abdo - one of the Arab world's biggest stars before the conflict in Syria made him just another anonymous refugee on the mean streets of Los Angeles - it has been particularly tough.

Just a few years ago, the 54-year-old actor could not walk the streets in any Middle Eastern country without being mobbed by fans or dine out without being offered free meals.

A household name and a veteran of 43 movies and more than 1,000 TV episodes, Abdo was admired not just for his acting skills but his willingness to speak his mind in public.

"I had a pretty beautiful life," he told AFP. "People loved me, on screen and on talk shows when I spoke to people and expressed my culture and points of view."

Known in Syria by his real first name, Jihad, Abdo is best known for his role in "Bab al-Hara" ("The Neighborhood Gate"), one of the biggest soap operas in history, with up to 50 million viewers per episode.

His path to Hollywood started in 2011 as tensions in Syria were escalating in the wake of the Arab Spring uprisings in Tunisia and Egypt.

His wife, painter and human rights lawyer Fadia Afashe, was a senior official in Syria's department of culture, and found herself having to flee Assad's brutal regime.

She went to study public policy at the University of Minnesota in Minneapolis, intending to return to Syria after graduating.

But Abdo himself was beginning to become a major annoyance to Assad's crumbling regime after turning down numerous invitations to back the president at rallies and TV talk shows.

Matters came to a head when he gave an interview to the Los Angeles Times during a trip to Beirut in which he accused Syria's secret service of torture and corruption.

Strangers threatened him on his return to Syria, his car windows were smashed and he faced repeated demands to apologize to Assad on television.

Having seen friends arrested or disappear - some are still missing - he uprooted in October 2011, leaving behind almost all his wealth and property, to join his wife in Minneapolis.

The couple applied for asylum and drove for three days to Los Angeles with everything they owned so Abdo could find work.

"I met so many people who were shocked that my name was Jihad," he says, explaining why he became Jay.

"They didn't know it was Christian and I was named after a Christian lawyer in Damascus - a very good friend to my family."

It took more than a year to find work with a florist and delivering pizzas for Domino's, earning up to $300 a week.

Abdo's break finally came when he landed a part alongside Nicole Kidman and James Franco in "Queen of the Desert," Werner Herzog's biopic of the British archeologist Gertrude Bell, due for release in spring.

"All my scenes were with Nicole," Abdo says. "I can't praise her enough. She's very sweet, extremely professional, a very good hearted woman - very smart and sharp. Above all, she supported me from the first minute."

Herzog has since described in interviews finally grasping how famous his Syrian hire was when they visited a souk in Marrakesh during filming in Morocco.

"Everyone wanted a photo with him. The merchants in the souk gave us everything for half price," the filmmaker told The Wall Street Journal.

In a sign that Tinseltown really does like its happy endings, the actor's career is finally back on track.

He has a part in the Amazon television series "The Patriot" and "Bon Voyage," a short film he made with Swiss director Marc Raymond Wilkins, has just been shortlisted for an Oscar.

Last year, he appeared alongside Tom Hanks in "A Hologram for the King," a comedy about a failed corporate salesman trying to do business in Saudi Arabia.

Devastated by the worsening plight of the Syrian people in the five years since he escaped the Assad regime, Abdo is unsure whether he'll be able to ever return.

"From the beginning, Hollywood wasn't my objective," he said. "I didn't plan to come here. It's destiny that brought me."