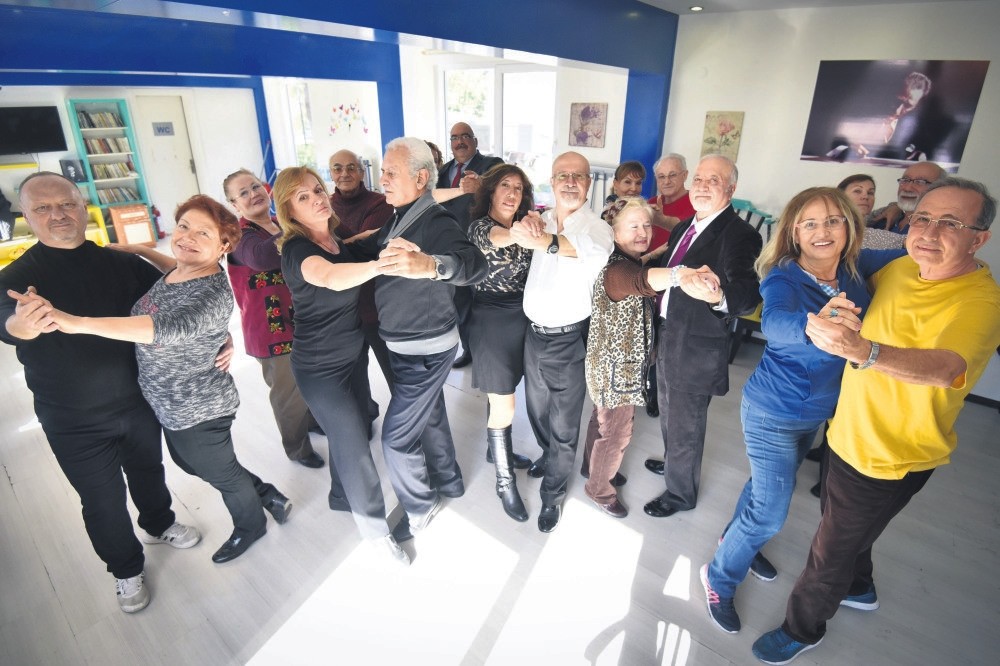 by Compiled from Wire Services Jan 10, 2017 12:00 am
A group of elderly people residing in a retirement home in a southern Antalya city have not lost their passion for life and are practicing to win an upcoming dance championship that will be taking place in the southern province of Adana.

The elderly team has already made a name for themselves with their performances of the tango, the waltz, the foxtrot and quick step at the World Championship that took place in October in Belek. The dancers are now getting ready for the Turkish Championship which will take place from Feb. 4-6 in Adana, with new additions to the team.

The couples include distinguished dancers including Celal Şahin with Mine Kırış, Necdet Akbaş with Türkan Nassl, Abdullah Tulu with Esma Pınar, İsa Vuran with Sabriye Kaya, Süleyman Tanrıöver with Hatice Hiçdurmaz, Seracettin Tav with Nurhayat Şahin, Günay Özer with Emel Özgür and Semra Torlak with Erşan Hıdırlıoğlu. The dancers are aged between 57 to 72 and continue their training at the Fener Retirement Home.

Türkan Nassl, 72, the oldest female member of the dance team, said she joined the group one month ago and describes dance as her lifetime passion. Fifty-seven-year-old Semra Torlak is also a new member, having joined the team one-and-a-half months ago.

Dance-trainer Şima Elif Umdu said that elderly residents of retirement homes are showing increasing interest in their dance courses since winning a medal at the World Dance Championship. Umdu explained that six couples participated in the championship in Belek and a total of eight couples are now preparing for the Turkish championship, noting: "There are former contestants among us as well. They are very determined and eager. The championship in Adana is very crucial as it is held only once a year and hosts dancers from all across Turkey. We will compete in the 'Senior Four' category with all of our contestants." Umdu went on to say that they are very determined to receive new medals at the Turkish championships.
Last Update: Jan 10, 2017 10:16 am
RELATED TOPICS