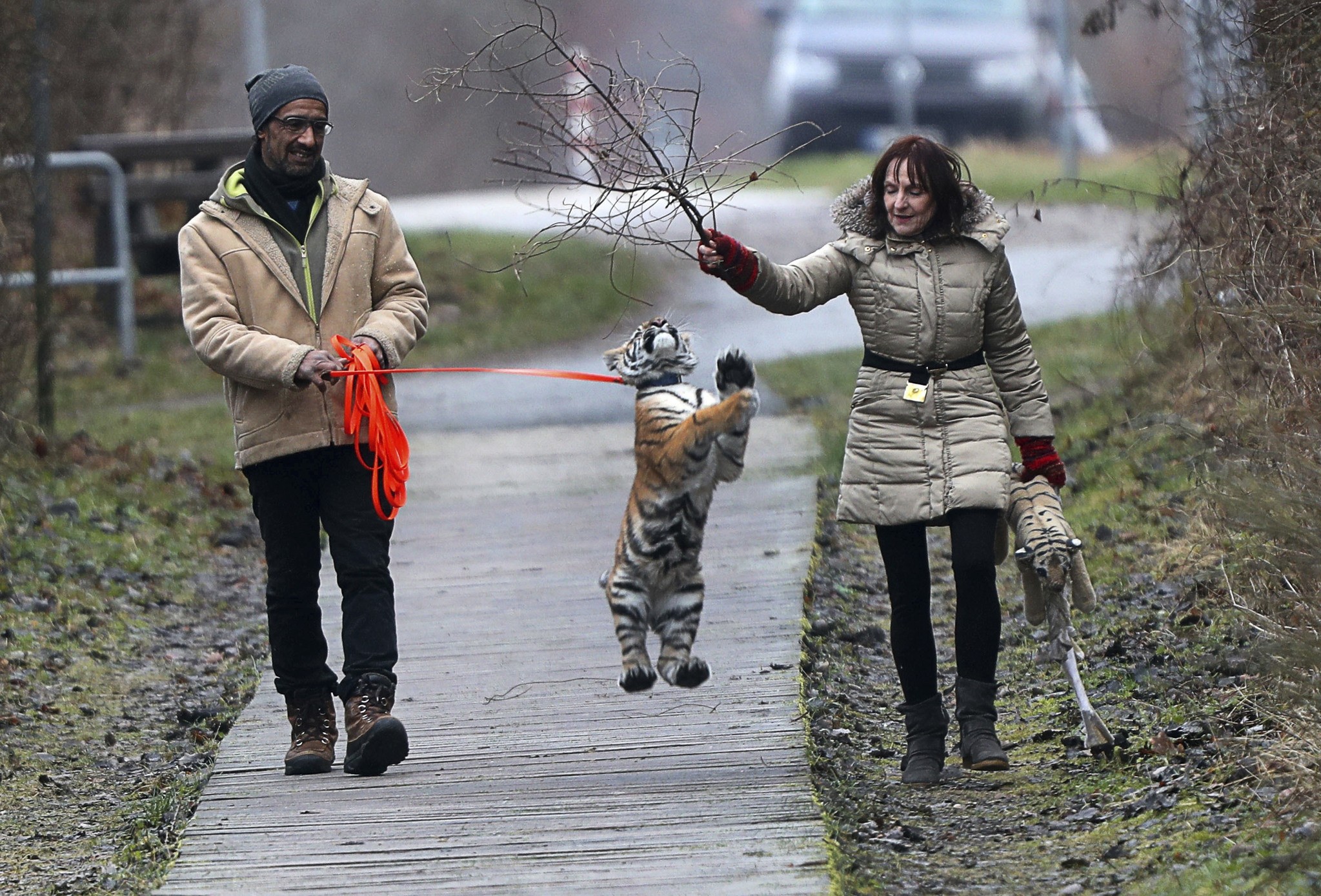 | DPA Photo
by German Press Agency - DPA Jan 10, 2017 12:00 am
A German couple's unusual addition to the family is making headlines in Germany - after they took on a baby tiger that had been rejected by its mother at the circus.

Born four months ago during a travelling circus' stop on the northern island of Ruegen, Elsa the tiger has found a new home on the mainland at an animal park in the state of Mecklenburg-Vorpommern.

"A lion and a tiger have already been raised in our house. The animals are like family members for us," said Saad Rose, who runs the park together with his wife, Monica Farell.

Elsa, a Siberian tiger, isn't without company. Thirteen other tigers and five lions live at the facility in the Baltic Sea town of Dassow.

"It's a full-time job, like looking after a baby," Farell told dpa.

In March, Elsa is set to move out of her bedroom in the couple's home and into an enclosure in the park.

Siberian tigers are the largest of the world's big cats, weighing around 200 kilograms and measuring over 2 metres in length. Today, there are more of the animals in captivity than in the wild.
Last Update: Jan 10, 2017 5:58 pm
RELATED TOPICS