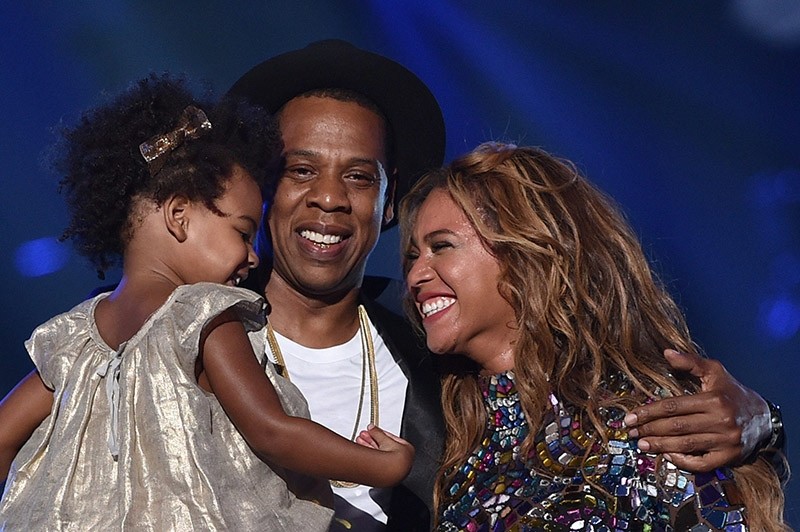 Pop superstar Beyonce announced on Wednesday that she and her husband, rap star and entrepreneur Jay Z, were expecting twins.

Beyonce , who already has a five-year-old daughter with her husband, rap mogul Jay Z -- showed a picture of herself on Instagram in lingerie, her arms cradling her rounded belly.

"We would like to share our love and happiness," Beyonce, 35, posted on the social media site. "We have been blessed two times over. We are incredibly grateful that our family will be growing by two, and we thank you for your well wishes."

The birth of the couple's first baby, Blue Ivy, caused a paparazzi storm in 2012 with New York's Lenox Hill hospital shutting down part of its maternity wing to accommodate music's royal couple.

Beyonce, who set a record in December for earning Grammy Award nominations in the rock, pop, R&B and rap categories in the same year with her diverse album, "Lemonade," announced her last pregnancy at the 2011 MTV VMAs. She leads all Grammy nominees with nine and is due to perform at the Grammy ceremony on Sunday, Feb. 12.

Beyonce and Jay Z routinely make listings of the most powerful people in the entertainment world. She is the most nominated woman in Grammy Awards history, with 53 nominations and 20 wins and he has helped launch the streaming service Tidal.

She and Jay Z were married in April 2008. Beyonce revealed in 2013 that she had suffered a miscarriage a child before Blue Ivy's birth.

In 2013, Beyonce told ABC News that she definitely "would like more children."

"I think my daughter needs some company. I definitely love being a big sister," she said, referring to little sister, Grammy-nominated singer Solange Knowles.