Johnny Depp on the brink of financial ruin due to $2M monthly spending: lawsuit 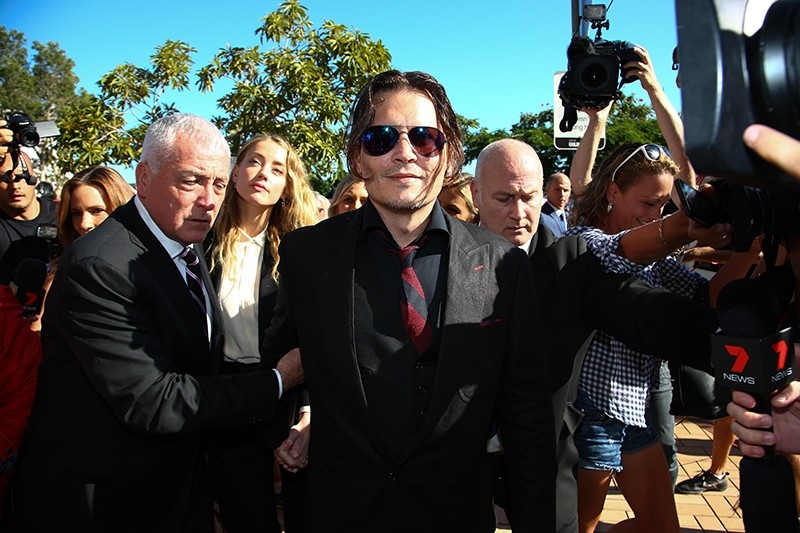 Johnny Depp's lavish spending -- including $3 million to blast author Hunter S. Thompson's ashes from a cannon -- led him to the brink of financial ruin, according to an explosive lawsuit filed Tuesday.

Over the best part of two decades, the 53-year-old actor has been spending $2 million a month, according to The Management Group (TMG), which is suing the star in Los Angeles for an unpaid loan.

The "Pirates of the Caribbean" actor is alleged to have forked out $75 million on 14 homes, including a 45-acre (18-hectare) French castle, a chain of Bahaman islands, several Hollywood homes, penthouse lofts in downtown LA and a horse farm in Kentucky.

Since 2000, the Oscar-nominated actor has spent $18 million on a yacht, bought 45 luxury cars and shelled out almost $700,000 a month on wine, private planes and a staff of 40 people, according to the lawsuit.

Beverly Hills-based TMG says Depp has accrued more than 200 artworks by Warhol, Klimt and other masters, 70 collectible guitars and a Hollywood memorabilia collection so extensive it is stored in 12 locations.

Depp filed his own $25 million suit on January 13 accusing TMG of mismanaging his finances, taking out loans without his approval, and concealing his ruinous finances.

"Over 17 years, The Management Group did everything possible to protect the actor from himself," TMG attorney Michael Kump said in a statement.

"In fact, when Depp's bank demanded repayment of a multimillion-dollar loan and Depp didn't have the money, the company loaned it to him so that he would avoid a humiliating financial crisis."

TMG says it repeatedly warned Depp over his "wanton" overspending, but he responded by rebuking his business managers, increasing his spending and demanding they find some way to pay for it.

The firm, fired by Depp last year, says it is owed $4.2 million and was forced to launch foreclosure proceedings on Depp's property.

"The only reason Depp filed this lawsuit was to interfere with TMG's ongoing efforts to be repaid on the loan they had made to bail him out," TMG said.

Depp and actress Amber Heard, 30, reached an out-of-court settlement in August to end their 18-month marriage, agreeing that he would pay her $7 million.