Kenya: Cosplay fans out in force in Nairobi 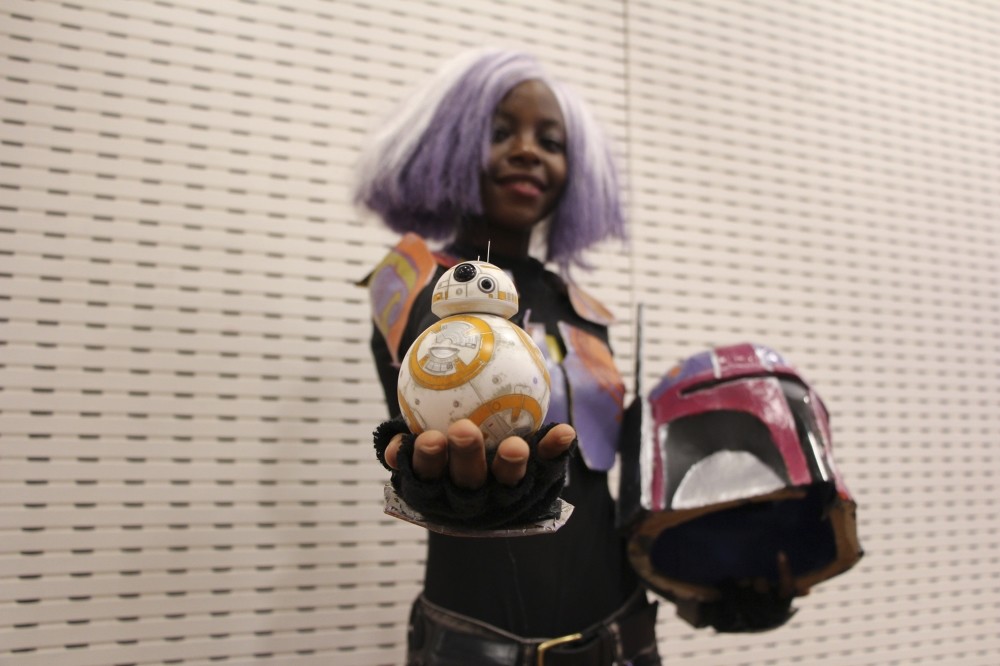 Last weekend hundreds of residents of Kenya as well as foreigners assembled at the Michael Joseph Center in Nairobi for the Cosplay Community (CosCom) Workshop to see their favorite fictional characters come to life.
by Anadolu Agency Feb 07, 2017 12:00 am
There is something startling about seeing Supergirl, Game of Thrones' hairy barbarian Khal Drogo, Spider Man, and Star Wars Stormtroopers, all made-up characters from vastly different fictional settings, hanging out in the same place, especially just off the streets of the Kenyan capital Nairobi.

This last weekend hundreds of residents of the East African nation as well as foreigners assembled at the Michael Joseph Center in Nairobi for the Cosplay Community (CosCom) Workshop to see their favorite fictional characters come to life.

Cosplaying means people dressing up as their favorite characters from movies, animated movies, or books/comic books, from Harry Potter to Star Trek to the manga series Sailor Moon.

Shirley Njeri, dressed as a menacing Stormtrooper from the Star Wars series, told Anadolu Agency that she was excited to get in character for the event to show visually and physically her love for the film and book franchise.

"I took two weeks to make my uniform. I had to use material from all over, including plastic, worn-out clothes and lots of paint, lots of it. I made my guns from pipes and today I stand out and Star Wars fans can't stop taking pictures of me," said a satisfied Njeri.

"I'm a Stormtrooper, an elite soldier from the Galactic Empire," she added, laughing. "You wouldn't understand this unless you actually watched the show or read the books. It's one thing talking about how much you love Star Wars and [then] actually dressing up as the characters. This event has brought so many young people together, and that brings me joy."

Joyce Muthoni, dressed as Harley Quinn, who started out as the Joker's girlfriend in the animated Batman series before becoming wildly popular in her own right, posed for pictures while reading a book and drinking a cup of tea, recreating a famous scene from last year's Suicide Squad movie.

"Today I've met friends of Harley Quinn who just now became my friends. My costume cost a lot to put together but finally I managed. I'm happy that cosplaying is no longer just a Western event."

Teddy Malonza, one of the cosplay event's organizers, said that this year twice as many people attended.

"Comic content, animation, and film have taken root in Kenya both market-wise and for those who love it for entertainment," he said.

"We felt like we need to bring these guys who love the same thing together for a free event. We're showcasing the talents of animators and comic book writers among others," he added.

In addition to native Kenyans, the event attracted far-flung participants from Japan and the United States, among others.
RELATED TOPICS