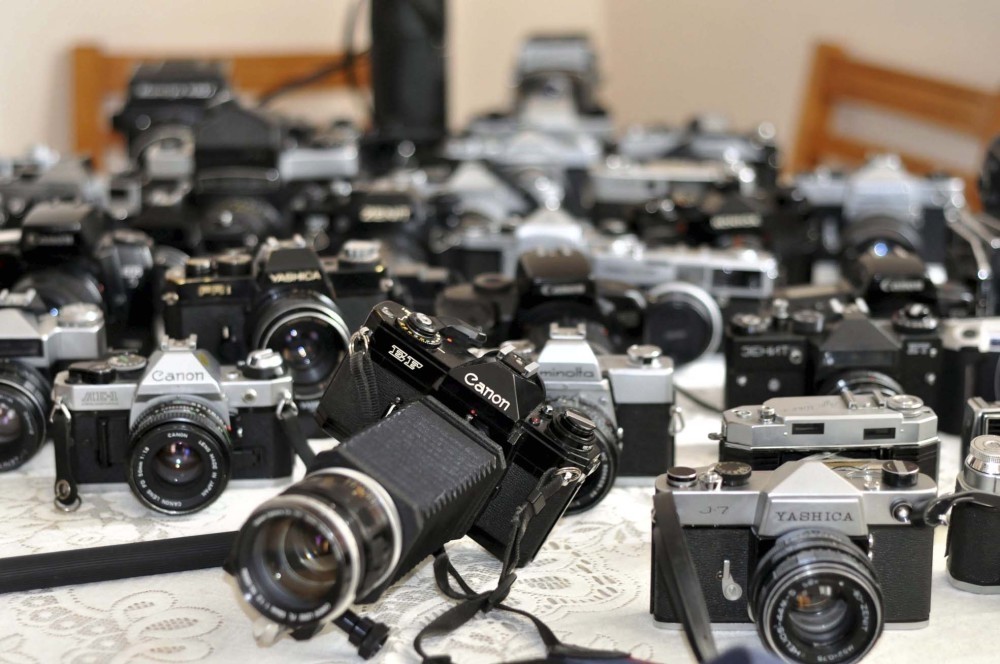 by Anadolu Agency Feb 07, 2017 12:00 am
Talat Zaimoğlu, 61, a retired painting teacher, started collecting cameras after taking an interest in photography and the evolution of cameras.

Zaimoğlu is in possession of more than 700 cameras, which he has included in his collection over the years. Speaking to an Anadolu Agency (AA) correspondent, Zaimoğlu said he was interested in photography during his teaching years. Explaining that the collection came into being naturally as he continued collecting cameras. He said the number of cameras he has acquired has increased immensely in the last decade.

Zaimoğlu said he endeavored to keep photography at the center of his personal life as well as his profession and continued: "While I was in high school, one of our teachers was assigned to another school in a different province. He told us to go and fetch the photographer that worked in our district to take a photograph together to remember us by. However, when I got to them, I thought that I could take the picture and I asked him to lend me his camera which was a Lubitel 2. The photographer lent me the camera and sold it to me for TL 160 [$43]. This was the first camera that I purchased."

Zaimoğlu confessed that his intention was to buy cameras rather than make a collection at first and said the collection came into being as he continued to buy cameras for himself. "The number of cameras that I own boomed in the last decade. Currently, I have 500 cameras that function and 200 cameras that need fixing, making a total of 700 analogue cameras. Their numbers increased so much that I keep them in the closet in my house. I can say that the only room that I do not keep my cameras is the kitchen. As this immense number annoys my wife, I had to take some of the cameras back to our village house. However, I continue to include the cameras I like in my collection. There are cameras in different sizes and features in my collection. I repair and maintain my cameras on my own. My collection is only composed of analogue cameras. Yet, I must say that I have few digital ones as well."

Noting that he would like to expand his collection in time, Zaimoğlu said he has been in contact with the local authorities. "I told them that I was thinking about opening a private museum. I have not yet received positive feedback but I certainly wish to open a museum for my collection of cameras," Zaimoğlu said.
RELATED TOPICS