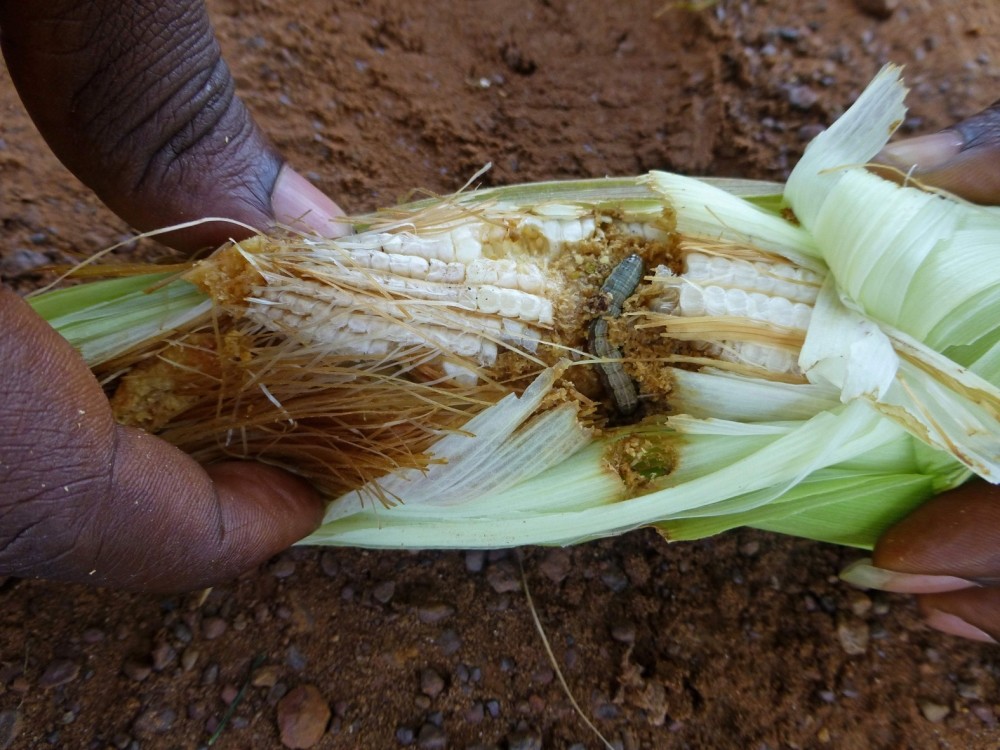 by Feb 08, 2017 12:00 am
Scientists tracking a crop-destroying caterpillar known as armyworm say it is now spreading rapidly across mainland Africa and could reach tropical Asia and the Mediterranean in the next few years, threatening agricultural trade.

In research released on Monday, scientists at the Britain-based Centre for Agriculture and Biosciences International (CABI) said the pest, which had not previously been established outside the Americas, is now expected to spread "to the limits of suitable African habitat" within a few years.

The caterpillar destroys young maize plants, attacking their growing points and burrowing into the cobs.

"It likely travelled to Africa as adults or egg masses on direct commercial flights and has since been spread within Africa by its own strong flight ability and carried as a contaminant on crop produce," said CABI's chief scientist Matthew Cock.

Armyworm, known as "fall armyworm" in the United States due to its tendency to migrate there in autumn, or fall, is native to North and South America and can devastate maize, a staple crop crucial to food security in large parts of Africa.

Suspected outbreaks have already erupted in Zambia, Zimbabwe, Malawi and South Africa and the U.N. Food and Agriculture Organization said last week it had spread to Namibia and Mozambique.

The CABI research found evidence of two species of fall armyworm in Ghana for the first time and scientists are now working to understand how it got there, how it spreads, and how farmers can control it in an environmentally friendly way.

"This is the first time it has been shown that both species or strains are established on mainland Africa," Cook said. "Following earlier reports from Nigeria, Togo and Benin, this shows they are clearly spreading very rapidly."

While armyworm mainly affects maize, it has also been recorded eating more than 100 different plant species, causing major damage to crops such as rice and sugarcane as well as cabbage, beet and soybeans.

Cook warned that outbreaks can cause devastating losses and mounting debts for farmers and said urgent action is now needed to help farmers figure out the best strategies to control the pest.

South Africa's agriculture ministry said last week it was registering pesticides for use against armyworm.