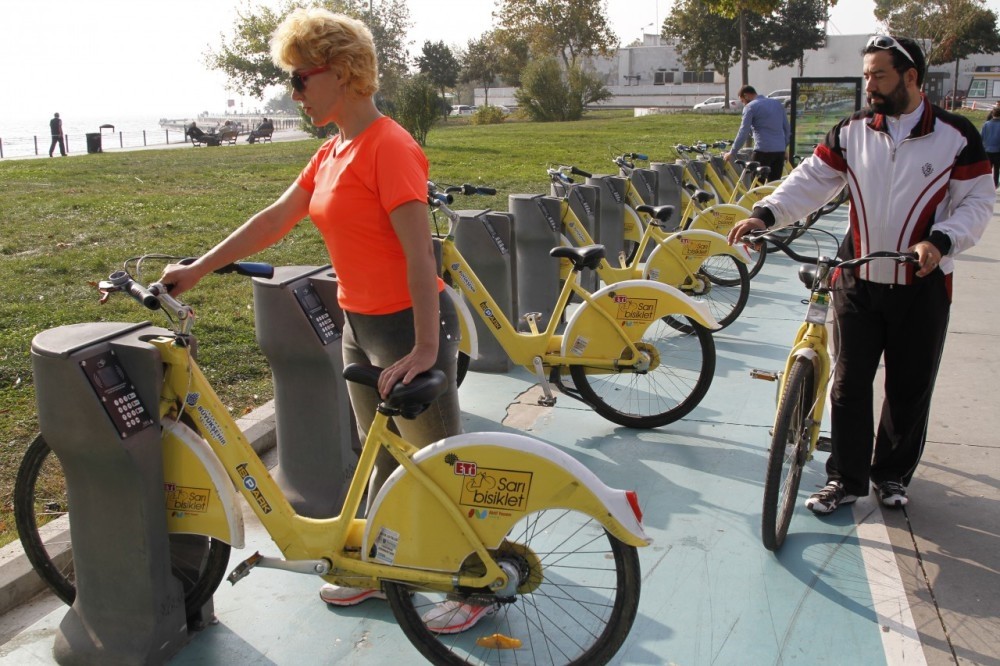 by Anadolu Agency Feb 09, 2017 12:00 am
More Istanbulites can now enjoy cycling in urban areas with the municipality's smart bicycle system (İSBIKE), through which 150,000 locals have rented bicycles from the city's various cycling platforms.

To encourage locals to take up cycling, the system allows them to rent bicycles using either credit cards or membership cards. The project kicked off with 140 bicycles, distributed at 14 bike stations along the cycle path extending from Kadıköy to Kartal and Maltepe City Park on the city's Asian side. The second section was set up with 60 bicycles and five bike stations along the 6-kilometer path spanning Florya and Yeşilköy on the European side. The spring and summer months are the busiest periods for the scheme, with locals taking advantage of the good weather for a relaxing cycle by the seaside.

Through İSBIKE membership cards or personal credit cards, locals pay TL 2.5 ($0.66) per hour or TL 4 for two hours. Cycling sessions for more than three hours cost TL 4 for per hour. Initiated by the Istanbul Metropolitan Municipality (İBB), the smart bicycle system will be expanded with new cycling paths across the city. It is projected that rental bike stations will be installed in all districts. Within two years, the number of bicycles is expected to reach 3,000, with new paths, most of which will be set up along the city coasts and the historical peninsula.

Locals can easily become a member of the system through kiosks available at the bike stations and return the bikes to any rental station along the route.
RELATED TOPICS