Home of Turkey's largest stork colony to open for tourism 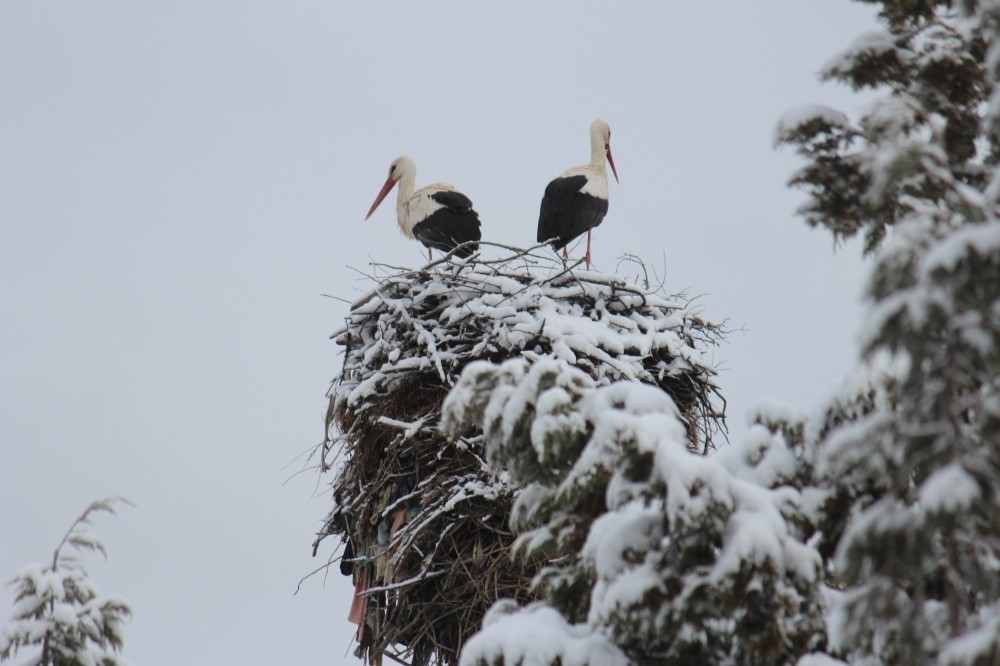 by Feb 10, 2017 12:00 am
In Turkey, one of the biggest colonies of storks lives in the central Konya province's Beyşehir district. An important point of bird migration, the area is where a large number of storks stop over for long periods.

Described as the Valley of Storks, this migration and breeding area will be introduced to the world as part of a project initiated with a grant provided by the United Nations.

As part of the project, there is a plan for the number of storks that come, stay, feed and reproduce in the Valley of Storks to be increased. Sezer Gökdal, the general secretary of the Natural Balance Ecological Living Production and Education Association, and the project coordinator said they want to conduct research on the ecotourism opportunities in the region and undertake planning, project designing and model application for the region along with developing promotion and informative programs. He said the local municipality, state institutions and civil initiatives will offer their contributions to maintain the sustainability of the project. With the grant offered by the U.N. as part of their GEF-SPG programs, educational programs and employment for both women and young people are expected to be generated in the region.

"We discovered that the storks prefer the area near the lake as it is a wetland for birds and there are certain problems in the places where storks build up their nests," Gökdal said. The project will lead the way to a boost in the number of storks in the area as well as helping to rescue the storks from dying out. An observation house will be built to watch over the birds, and with the camera system that will be installed at the house, people from all over the world will be able to watch them live in the Valley of Storks online.
RELATED TOPICS