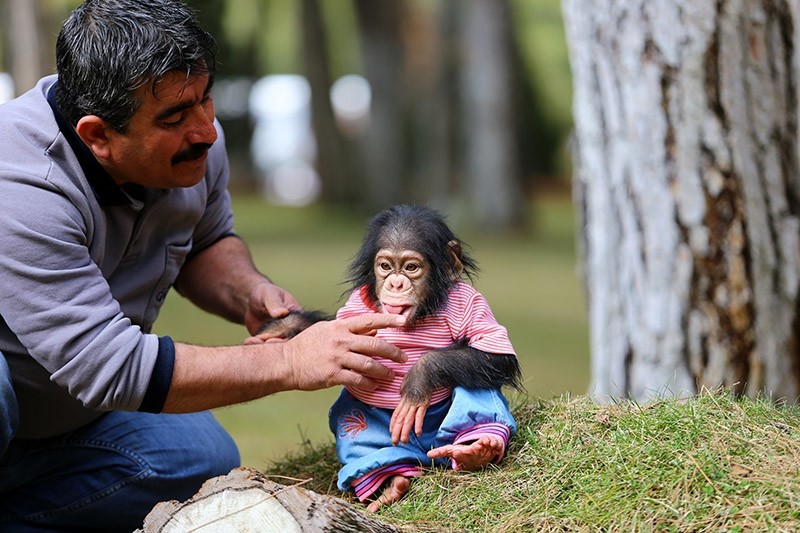 The six-month-old chimpanzee named Can, who was refused by his mother at Gaziantep zoo six months ago, has found a new caretaker.

Zookeeper Nedim Aslan, previously raised Can's mother "Angel" for 15 years, and is looking after her six-month-old son with "motherly affection."

Can lives the Gaziantep zoo in southeastern Turkey. The zoo ranks number one in Turkey, second in Europe and fourth in the world in terms of surface area and range of species. It houses more than 7,000 animals from 325 species. 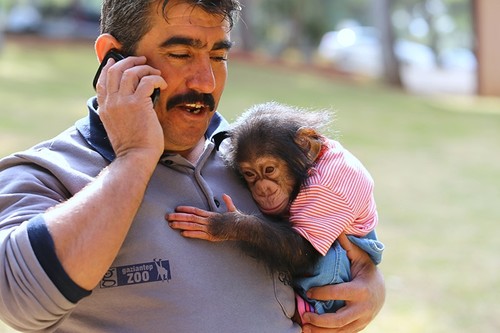 Aslan, the 48 year old who has worked at the zoo for 15 years, understands what Can wants from the sounds he makes and is able to provide him with everything he needs.

"We have been looking after Can since the day he was born. His mother did not care for him after birth. When she refused him milk, we had to separate him from his mother. We are looking after him ourselves, and are interested in him like a human child," said Aslan.

The Gaziantep zoo had about 3 million visitors in 2016.