Casting Oscar: Foundry builds each statuette as work of art 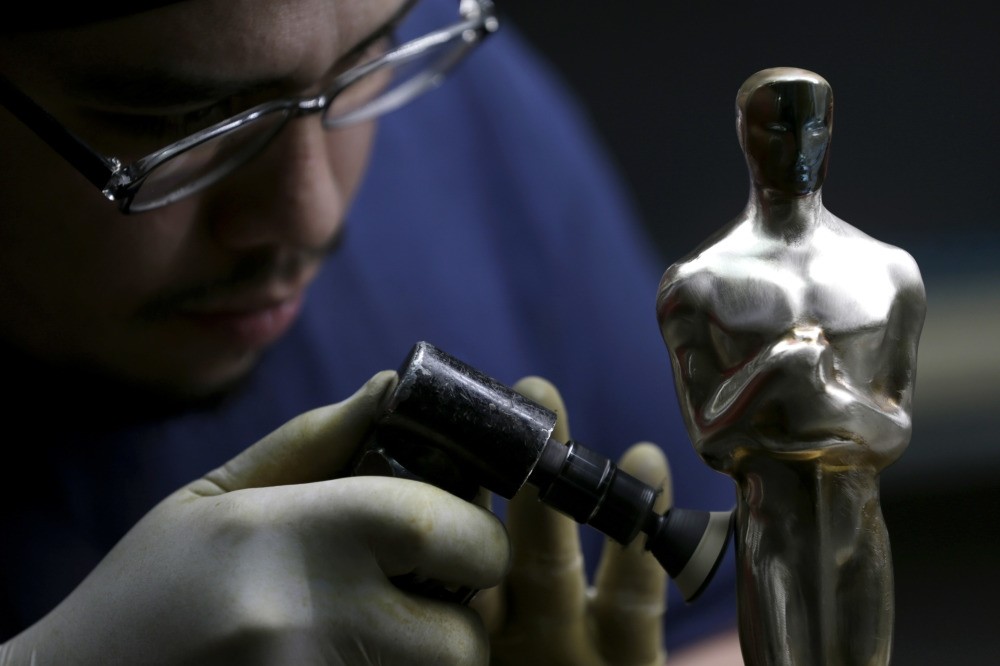 by Associated Press Feb 16, 2017 12:00 am
Every Oscar fist-pumped or tearfully cradled by Academy Award winners is first cast, buffed and fussed over at a foundry far from Hollywood.

Workers at the Polich Tallix fine art foundry, about 50 miles north of New York City, began work in late September on the awards to be handed out Feb. 26. Each of the 60 Oscars shipped from the hangar-like production floor is 13.5 inches tall with the same distinctive Art Deco features polished to a mirror finish. Each glossy black base lacks only a winner's nameplate, which is added after the ceremony.

Polich Tallix, which began making the awards last year, tweaked the look of the stylized knight with an eye toward the original statuettes handed out in 1929. The path of these new statues from a small town in upstate New York to center stage in Hollywood might not be the stuff of movies.

But it's worth a close-up.

Every Oscar starts with a version made of wax, which is repeatedly dipped into a cream-colored ceramic slurry. The ceramic hardens and the wax is melted out to make way for molten bronze. What's left once the ceramic mold is chipped away is a sort of rough-hewn version of the elegant icon.

John Menzie and other workers make sure every surface detail — from Oscar's hairline to the film reel it stands on — is hand-sanded and polished to a fine finish. Menzie said it's a kick to see the pieces you worked on for hours handed out on TV, like he did last year while watching the Academy Awards.

"When Leonardo DiCaprio gave his speech and he was holding his Oscar I was just thinking ... I might have worked on that one," Menzie said. "I wish in his acceptance speech, he would have said the serial number that was on the back, you know? So I could say, "That's the one I worked on!'"

When Polich Tallix took over production from a Chicago company, the Academy of Motion Picture Arts and Sciences asked the foundry to create a statue truer to the original. Foundry artist Daniel Plonski made 3-D scans of an early statue and a recent statue, and took desired qualities from each for the newest iteration. Oscar's restoration was subtle; his stylized facial features are more defined, there's a greater hint of his ears and a hair part, and his sword rests in sharper relief between his legs.

"The trick was not to make it too shockingly different," Plonski said.

The most substantial difference is one people don't see. The statue is once again cast in bronze, instead of a pewter-like alloy.

The statues are shipped to Brooklyn for 24-karat-gold electroplating at Epner Technology, which also is in its second year of Oscar making.

President David Epner said that before his company became involved in Oscar production, actor F. Murray Abraham and a couple of other award winners had asked him to plate gold finishes that were wearing off. He vows that won't happen under his process, which includes copper plating and nickel plating each statue before gold plating.

Polich Tallix has one more task after the nominees are announced: making a nameplate for each possible winner. The award winners are handed an Oscar on stage with no nameplate on it. Winners can later take their statue to a table backstage to get their nameplate affixed. The unused plates are destroyed.
RELATED TOPICS