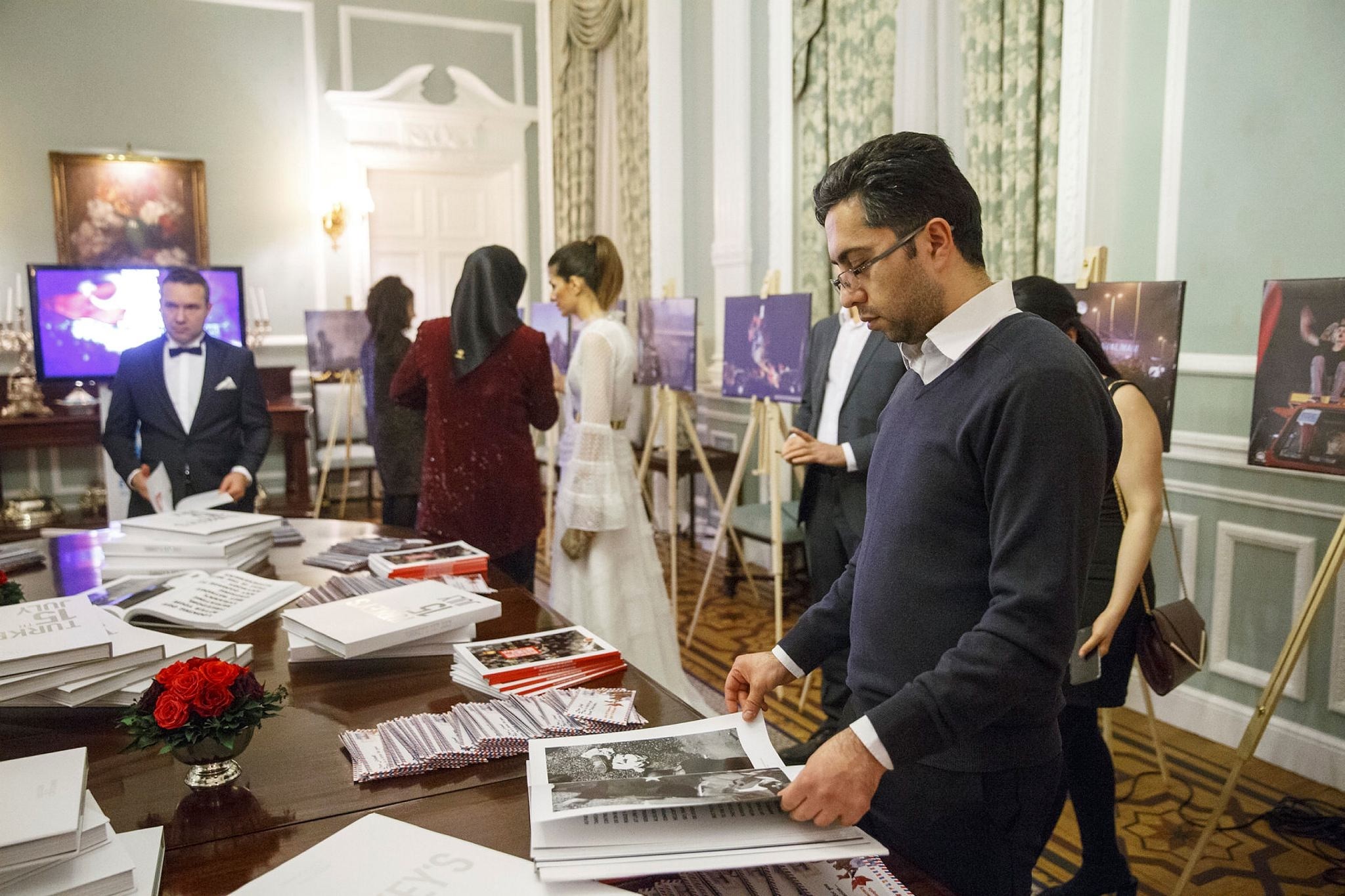 Turkey's London Embassy has coordinated an exhibition of photos taken on the night of the failed July 15 coup attempt organized by the Gülenist Terror Group (FETÖ).

As the exhibition is taking place during London Fashion Week, the event also featured a showing of the autumn and winter collection of successful Turkish fashion designer Zeynep Kartal.

In honor of the opening night of the exhibition, Turkish Ambassador Abdurrahman Bilgiç and his wife Esra Bilgiç hosted a dinner at the residence of the Turkish Embassy in London.

Government officials, as well as journalists, fashion designers, and models attended the event.

Ömer Faruk Özgül, chairman of Özgül Holding sponsored the opening ceremony of the exhibition and opened the event together with Ambassador Bilgiç.

Özgül said that they had undertaken such a project to better explain Turkey's democratic movement as displayed by the participation of the people on night of July 15.

In addition to the photos, organizers also distributed catalogs and booklets to guests to inform them about the July 15 coup attempt.

Fashion designer Kartal said that even though the event took place during London Fashion Week, her collection was about a lot more than just clothing.

"We wanted to combine this fashion show with a photo exhibition. In doing this, we were hoping to create awareness. As people who have a voice on an international platform, I thought that we should not stay silent on the matter," Kartal said.

"London Fashion Week attracts many famous and distinguished names. Thus, we wanted to explain what happened in Turkey to these people," she added.