Do you miss the classic games that came with Windows? 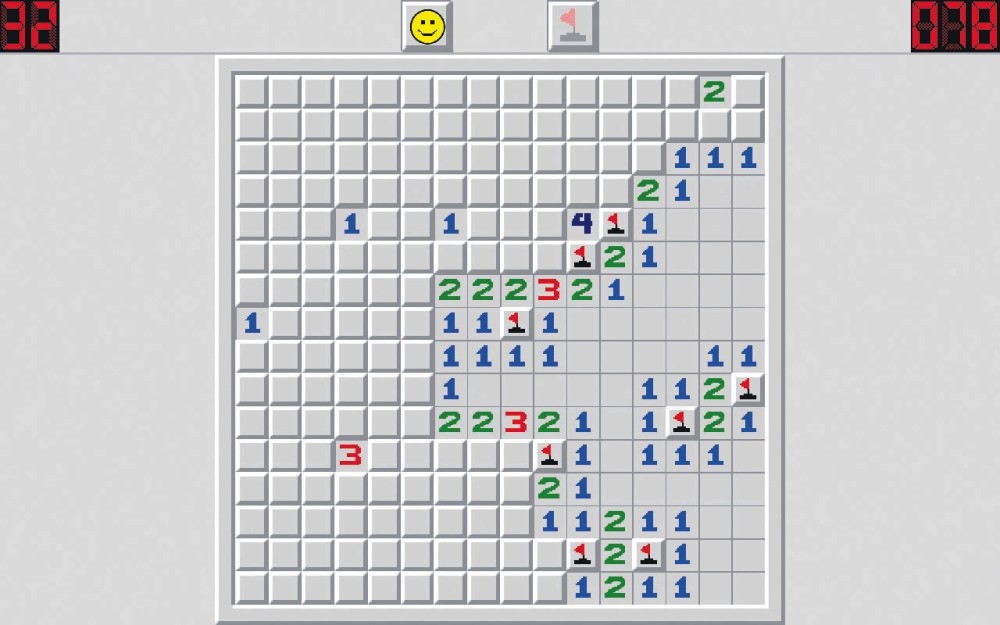 Minesweeper
by Çetin Kaya Koç Feb 23, 2017 12:00 am
Most of us would not admit our addiction to computer games and immediately try to change the subject when confronted. Nonetheless, I would confess my infatuations for it, but, this is partly because computer games are definitely over for me. I was addicted to a particular computer game for a few months while waiting to start graduate school.

Every addict knows the distress of someone calling for their attention at a critical moment of the game. What should one do? Pay attention to the matter at hand or continue with the job at hand, i.e. cross that level or finish that raid?

Some games, however, are very special and Minesweeper is one of them. It has its origins in the 1960s and 1970s, when mainframe computers were the kings of the block and associated with them were games like Mined-Out, Yomp, and Cube, names that have faded into obscurity.

Early MS-DOS computers had a game called Relentless Logic, which was developed from Cube by renowned mathematician, John Conway, Professor Emeritus of Mathematics at Princeton University. Conway is a prolific mathematician and the inventor of Game of Life, a cellular automaton simulator, used in the many diverse fields of mathematics, biology, sociology and psychology.

Relentless Logic was very similar to Minesweeper, in which the player must navigate through a minefield. Minesweeper used to come bundled with Windows 3.1 or 95/98 computers for free and is still available online as well as on iOS and Android devices with different variations.

Minesweeper is played on a gray, rectangular grid of squares. Concealed within the grid are a number of landmines, and the objective of the game is to flag each square that contains a mine without stepping on one. If you step on a mined square, of course, you lose. If you step on a safe square, the computer reveals how many mines (between one and 8) are adjacent to that specific cell. Minesweeper implements the same logic we use in proofs found in mathematics and computer science subjects. The player (student) accepts that when you play a game, you have to play by certain rules and take only what those rules give you. It teaches the student to make hypothesis (for example: a particular square is safe), and apply rules (the numbers on that and on neighboring squares show how many mines are nearby) in order to prove or disprove the hypothesis.

The game may have lost its appeal but it has inspired whole generations of many other logic games, including Geared, Unblock Me, and Flow Free etc. I discovered Flow Free because of my son, who likes playing it a lot. The game comes with a black square grid with several (from five up to 15) colored pairs of dots in them. The player is supposed to connect the matching colors with pipes. However, the entire board needs to be covered with pipes, and they do not cross each other. My son often comes up with a challenging puzzle, and I am often unable to solve it!

Recently, while waiting for food at our favorite Mexican restaurant, he came up with another challenging Flow Free puzzle. Of course, I could not solve it quickly, but I asked him a question, "Can you come up with a proof that a given board has a solution?" His answered that all puzzles he had seen so far, have solutions.Of course, a better question would be if you come up with a method (an algorithm) that provably produces Flow Free puzzles that are guaranteed to have solutions? And I promised to grant him a Master's degree in computer science if he can do so!

Flow Free, like Minesweeper, can be used to teach math or computer science. The man who wrote the Minesweeper program was intending to develop a method (an algorithm) that finds a path through a minefield in the game mentioned earlier, Relentless Logic. He worked on the weekends, but his colleagues wanted more of a challenge, not just to find a path but rather to clear all mines. With some graphic upgrades, Minesweeper found its way into Windows computers and of course in history. Flow Free is now very popular, with many websites offering solutions to particular puzzles. It was developed by a firm, and unfortunately does not mention the actual people involved. Take a look at it, and even if you do not play it, let your children do so. Let them be "addicted" to logic games and they will eventually get a Master's degree in computer science!
Last Update: Feb 23, 2017 1:03 am
RELATED TOPICS