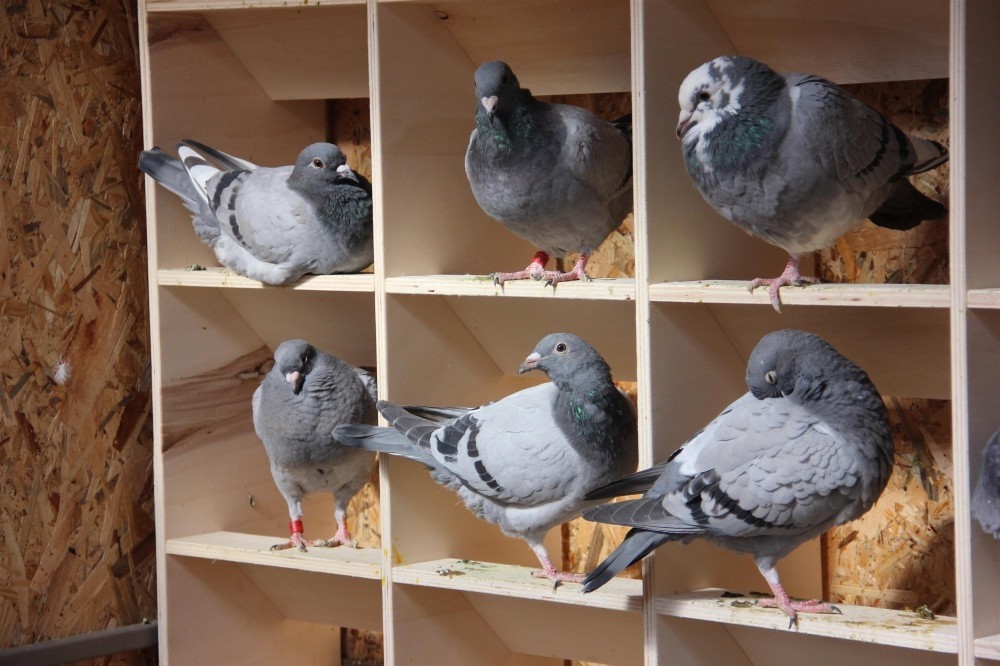 by Daily Sabah with IHA Feb 23, 2017 12:00 am
With a flurry of wings and feathers, countless pigeons fervently shot out of their brand new facility and nearly a dozen birds flew in sweeping circles over Edirne's dark blue sky.

"We train carrier pigeons for international competitions," said Emrah Şimşek, a staff member at western Edirne province's newly opened pigeon hotel. The giant pigeon hotel, which recently opened its doors, is where the prized carrier pigeons are taken care off, undergoing health checks, while receiving training for competitions that take place around the world.

The newly opened hotel happens to be the biggest of its kind, according to its management. Spanning an area of 500 square meters, the hotel has a capacity of hosting 3,000 pigeons on its premises. Furthermore, a special health center has been set up within the complex in case any of the pigeons develop a disease or health problem during competition.

In Turkey, raising pigeons has always been true passion for some enthusiasts that easily spend hundreds of dollars on one bird. These days, the country is gradually making a name for itself in pigeon racing, too. "We receive pigeons from both home and abroad," Şimşek said.

In recent years, more and more Turkish people have been joining the international pigeon races. Last year in September, a Turkish participant's pigeon came in first place to claim the championship at the Algarve Golden Race in Portugal.
Last Update: Feb 23, 2017 1:01 am
RELATED TOPICS