Baby bear welcomed like a guest in northeastern Turkey 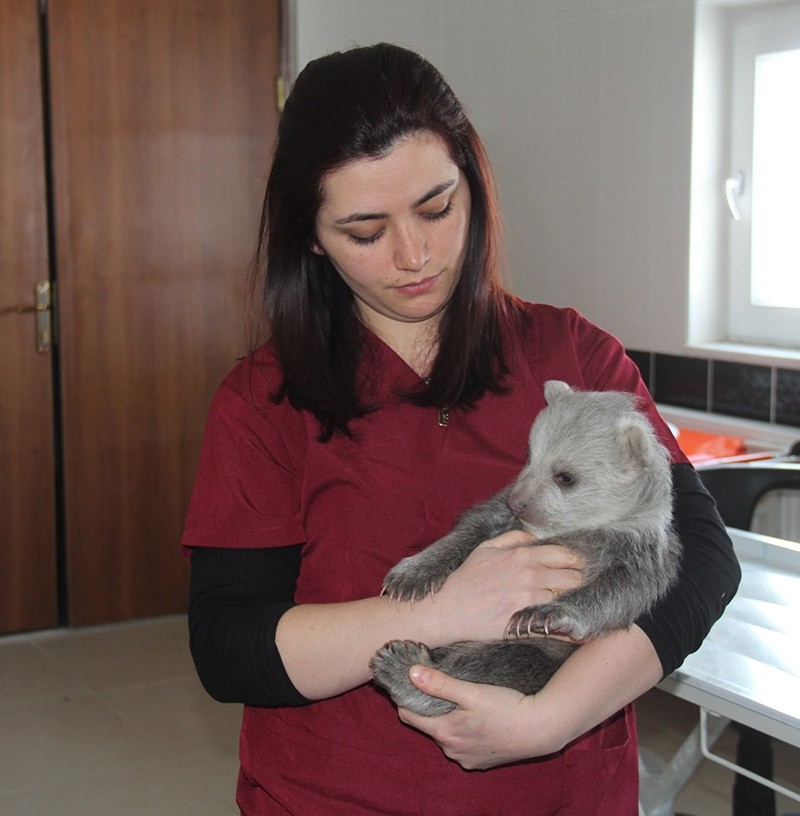 A baby bear found by citizens in the Anatolian province of Erzincan's Refahiye municipality has been taken to the northeastern city of Kars for care.

KAÜ Wildlife Conservation Rescue Rehabilitation Center Deputy Director Dr. Ekin Emre Erkılıç said the cub had been treated with all the necessary care after being delivered to the center by the National Parks branches.

"From its size and weight, we can garner that it is about one to one and a half months old," he said, adding that the baby bear was in good health.

Erkılıç said that the cub was being treated as a special guest at the center, "Most likely it will stay with us for three or four months. Then we will communicate with some relevant sites and try to send it to a suitable place."

Explaining that the cub was a brown bear, Erkılıç said, "Volunteer students will offer care, and we will perform examinations at certain intervals. Volunteers will feed the bear milk, which is important because it is not with its mother during this period."

The brown bear is found all across Eurasia and is the largest carnivore living in Turkey. The species lives in natural habitants in the Black Sea and Eastern Anatolian regions.

Because of population decline in the last 50 years, the brown bear has been legally protected in Turkey since 2003. There are only around 3,000 brown bears still living in the wild in Turkey today.
Last Update: Mar 02, 2017 1:05 pm
RELATED TOPICS