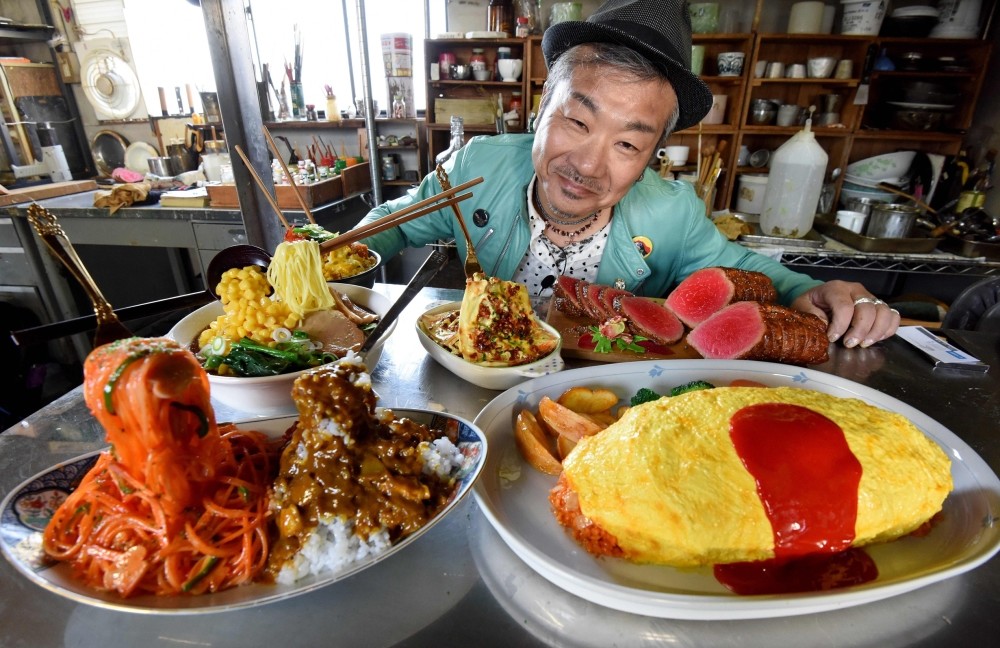 A widespread sight on Japanese streets, appetizing fake food on display at restaurants and food corners are not only a technique to attract hungry customers but also pieces of art

They may look good enough to eat, but Japan's mouthwatering food replicas are only for show as restaurateurs compete for the attention of hungry customers.

They're common sights in this food-obsessed nation, with everything from sudsy beers and perfectly glazed sushi to hamburgers and deep-fried pork cutlets, known as tonkatsu, on display.

Making fake food is a craft that Noriyuki Mishima has spent the last six decades perfecting.

"I haven't counted but I must have made tens of thousands of these dishes," said the 79-year-old, as he painted a plastic roast of beef.

"The toughest thing is probably getting the color right."

There are no complex machines or special tools at Hatanaka, an eight-person firm in a Tokyo suburb where veterans like Mishima see themselves as artists. 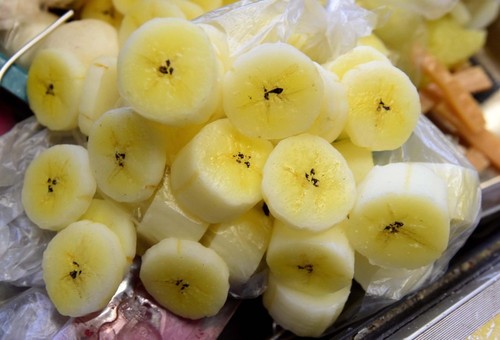 Plastic banana earrings made at the studio of Fake Food Hatanaka.

They don't use wax anymore - it's durable silicone these days - but the practice has otherwise changed little since the first replicas were made in Japan about a century ago.

During the early 1920s, artists producing models of human organs for doctors, were approached by restaurants to do the same thing for the food they wanted to sell.

The idea spread rapidly as eating out soared in popularity and rural people flocked to the cities. Unused to what city restaurants had to offer, the models gave country dwellers and locals alike a quick visual rundown of the chef's specialties.

They're also a handy point-and-order option for foreign tourists in a country where most menus are in Japanese only.

"Photos don't really give a sense of volume - the replicas are the actual size so customers know immediately when they go into a restaurant what to expect, even before they're served," said Norihito Hatanaka, who runs the family company which was founded in the mid-sixties.

Hatanaka does not worry much about new technologies, such as 3-D printers, taking over the food replica business.

"3-D printers cannot recreate an artist's touch and it would ultimately be more expensive because the materials are pricey and you'd still have to keep painting them," he says. 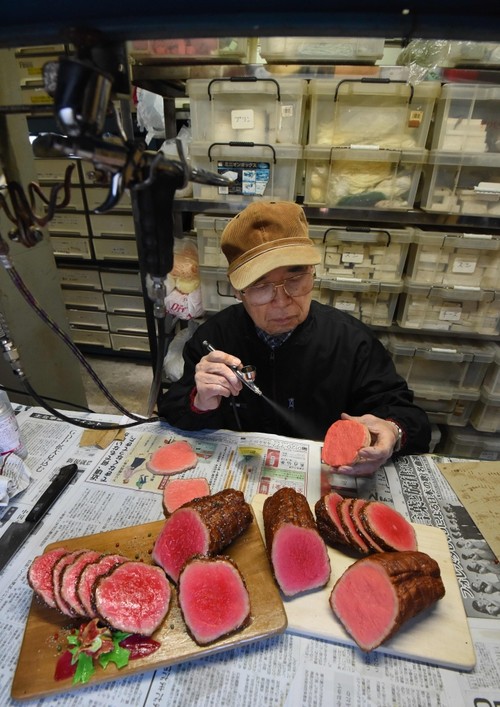 Noriyuki Mishima, a craftsman at Fake Food Hatanaka, spraying paint on a plastic food replica that restaurants across Japan put in their display windows to lure hungry crowds, at the company's studio in Tokorozawa, a suburb of Tokyo.

"It's a job for humans who have the creativity that machines lack. They don't know what is beautiful and appetizing."

For veteran Mishima some the hardest work is reproducing raw products like sushi.

"When it's grilled fish, the characteristic colors are easier to recreate," he said.

"But creating the color of freshness - that's tough."

Any food can be recreated from a silicone mold, whether it's a spongy cake or sizzling hamburger.

Each bit - bun, meat, tomato, cheese - is made separately before they're painted and assembled piece by piece.

The last step is a coat of varnish to give food a glistening look sure to catch the eye of peckish passers-by.

But replicas don't come cheap. A single dish can cost several hundred dollars, so some restaurants rent food model sets by the month for upwards of 6,000 yen ($50).

Takizo Iwasaki - whose eponymous firm controls about half the market in Japan - is widely credited for turning faux food into what is now a $90 million business.

It's not a growth industry, though.

High-end restaurants shun the idea of plastic replicas to display their dishes, and the idea hasn't caught on much outside Japan.

But Mishima and his colleagues - three twenty-something women - don't think replicas are going to fade into culinary history just yet.

"It's been a childhood dream to make this fake food," said employee Asumi Shimodaira, as she worked on a plate of inedible ravioli.

For company president Hatanaka, it's the action models - like a spaghetti-wrapped fork suspended in air - that are his favorite.

But the firm isn't content to stick to old recipes. It is pushing into new lines like fake food fashion accessories, such as fruit earrings, fried egg rings, and bacon slice headbands.

They also make pieces for those looking for unique footwear, or fun window displays. One pair of boots, covered in plastic toast and dripping with fake ice-cream and fruit sauce, can sell for 36,000 yen.

"We like to make original creations too."
RELATED TOPICS