How one Turkish man discovered his life's calling in puzzle making 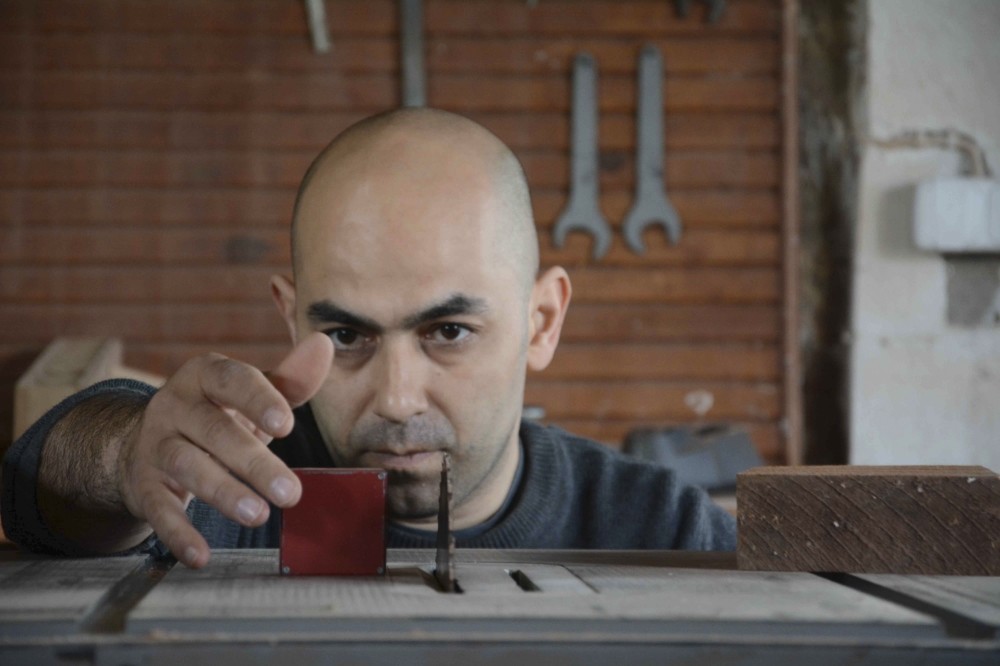 Puzzle artist Demirhan has never considered to mass producing his work, his works are all handcrafted. There are designers and collectors interested in puzzles everywhere in the world and he contacts them online.
by Anadolu Agency Mar 10, 2017 12:00 am

Having gained the art of making puzzles in Mexico, Yavuz Demirhan turned his hobby into business especially with the help of social media, and now sells his hand-made puzzles to several countries across the globe

Born and raised in Germany, 40-year-old Yavuz Demirhan was a university dropout who left his studies during his freshman year to start his own business at a time in his life when he had no ambitions and he working as a temp employee for various businesses in Germany to make ends meet.

As a young man, Demirhan had a tendency to start ambitious projects only to lose his drive over time, eventually deciding to travel to Mexico. Despite traveling to the country out of curiosity, Mexico grew on him. Demirhan learned Spanish and began making wooden puzzles as a hobby.

Eight years later, having gained expertise as a wood maker, Demirhan returned to Turkey when his parents bought a house in the district of Datça in Turkey's Muğla province.

Upon returning to Turkey to live with his parents, Demirhan established a workshop in the garden of their home where he began to make wooden puzzles and sell them. Thanks to social media, he managed to reach out to people all over the world and has since become an international name in wooden puzzle making, taking orders from across the globe. 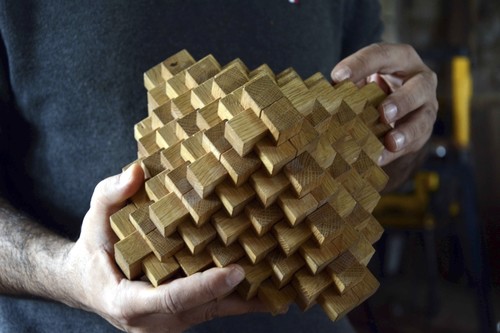 Speaking to reporters, Demirhan said that taking up a brand new craft for the first time in his life was what gave him the self-confidence to become successful. He did not expect to sell his art and he expressed that he was extremely thankful when he began receiving orders.

Demirhan said that he conducted research regarding the interests of Turkish people in handmade wooden puzzles before leaving Mexico to return to his native Turkey.

"Upon my research, I learned that the puzzle tradition in Turkey has not been as developed as it has in Europe. However, people are more and more interested in puzzles in Turkey. I thought that my work could be beneficial to the development of the puzzle in Turkey. After coming to Datça, I began to sell my work via public vendors. I realized that people hesitate to buy logic games: Turkish people are impatient, they want to see results as quickly as possible and, unfortunately, puzzles require patience," Demirhan said.

Stating that he has never thought to mass produce his work, the artist said his works are all handcrafted. He also noted that there are designers and collectors interested in puzzles everywhere in the world and he contacts them online.

So far, Demirhan has sold his puzzles to many countries around the world including the U.S., Canada, the U.K., France, Germany, Italy, the Republic of Czechoslovakia, Kazakhstan, Japan and Australia.

He works alone in his workshop. While admitting that sometimes he cannot be as productive as he would like, he says that he exerts all his energy into his work.

"I place some orders on hold and I do take a one-month vacation to clear my mind and take a brief hiatus from my craft," he added.

Demirhan prefers to use durable wood in his works and always uses unfinished wood, keeping the wood in its original color free of primers and chemicals.

He went on to explain that he sells puzzles to people from various backgrounds and professions, sharing a special memory, saying, "One day, I met a refugee who was under stress. We chatted for a while and he began to play with the puzzles. He even bought a puzzle and begun working on it at night. By focusing on something rather than his problems, he managed to overcome his stress. I helped many people in that way. This is one of the best aspects of puzzle making. Some can finish a puzzle in half an hour while some cannot figure it out for more than a month. Puzzle making is subjective."
Last Update: Mar 10, 2017 1:20 am
RELATED TOPICS