Whistle language app to protect heritage, keep up with age of tech 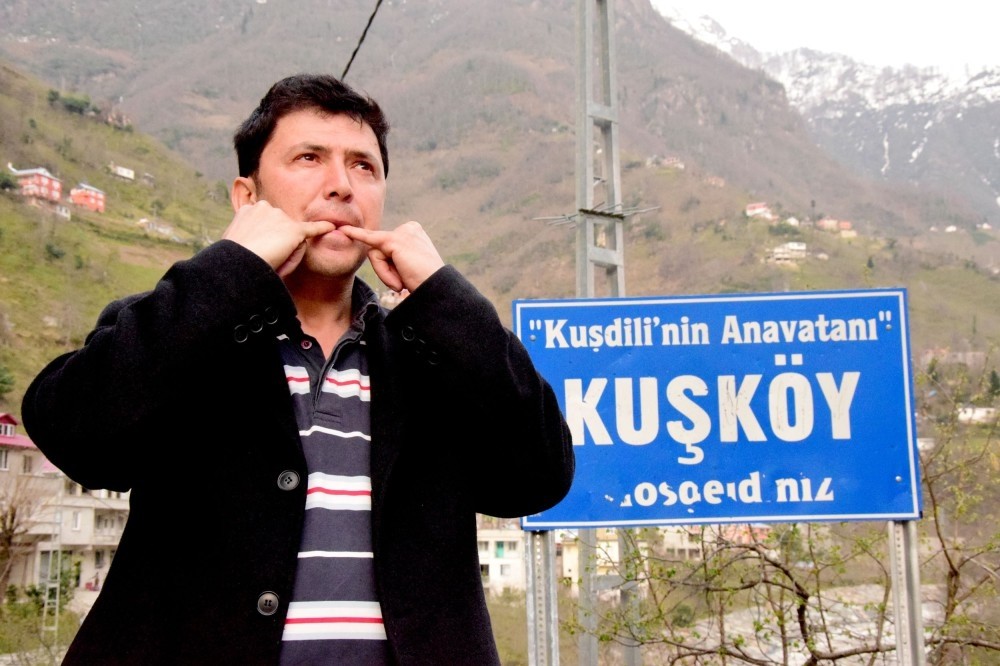 by Ihlas News Agency
Mar 14, 2017 12:00 am
"Kuşdili" (Bird language), which is a form of communication by imitating the sound of birds through whistling, is challenging technological developments. To be able to survive in the age of technology, bird language is adapting to the new age through a project by Turkish language teacher İlkim Odabaş Sever and her students Berk Reçber and Selin İslam. With their project, "Turkish Written in Wind," which is set to compete at the project competition of the Scientific and Technological Research Council of Turkey (TÜBİTAK), Sever and her students managed to transfer the data for the bird language to digital platforms and created a vocal dictionary.

Sever said that Kuşdili is an intangible cultural heritage and developing a smartphone app will help them preserve this heritage. She further claimed that Kuşdili will help them introduce this tradition at the international level. Stating that they have collaborated with the locals to create a dictionary for this whistle language and came up with more than 400 words and phrases, Sever said: "The app allows the user to translate words and phrases into bird language. Through the app, it is also possible for users to add new words or phrases to the dictionary. The app has already been downloaded by several people and we have received positive feedback."

Berk Reçber, an 11th grade student, said they have worked very hard to develop a project to compete in TÜBİTAK's competition. "The main concern of our project is to protect this cultural heritage. We want to make it available and sustainable to help it to return to its heydays. We worked as a team and also published a book to draw attention to our cause. This book has already enabled us to gain recognition for Kuşdili once again," Reçber stated.

The whistle language is currently used by some 10,000 people in northeastern Turkey and can carry messages as far as 5 kilometers across the region's deep valleys. It is an adaptation of the Turkish language into whistles, not a distinct language. A study conducted by Onur Güntürkün of Ruhr University in Germany revealed that "whistled Turkish uses the full lexical and syntactic information of vocal Turkish and transforms them into whistles to transport complex conversations with constrained whistled articulations over long distances."
Last Update: Mar 15, 2017 9:26 am