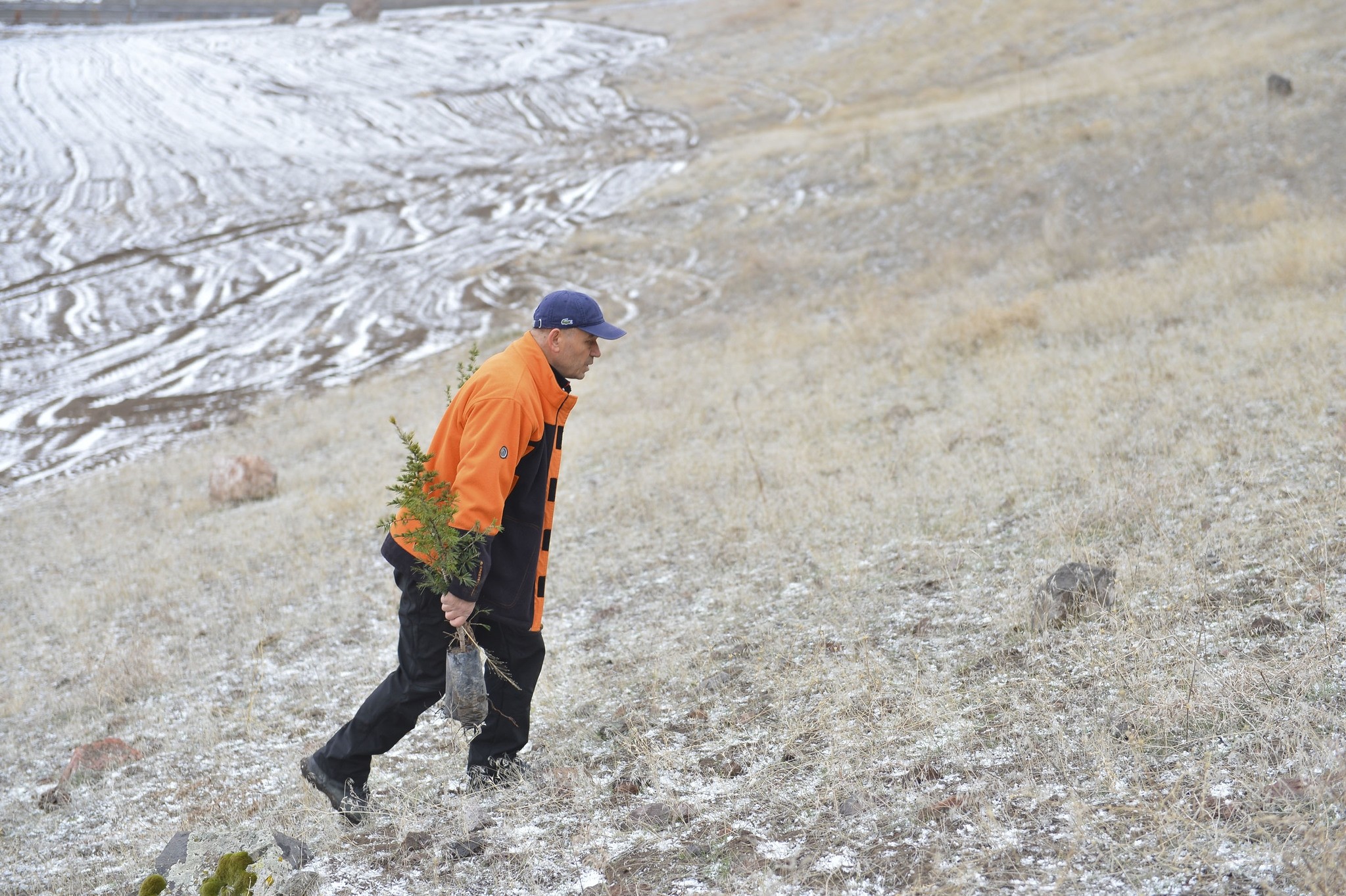 A man from the Central Anatolian city of Kayseri and retired technician Mustafa Göçer was one of the seven recipients of the international benevolence awards given by the Diyanet Foundation for his 4-year-effort to plant 1 million seeds and 50,000 saplings

Dedicating 40 years of his life to nature and planting a total of 1 million seeds and 50,000 saplings in the central city of Kayseri, retired technician Mustafa Göçer has become one of the seven people presented with the Diyanet Foundation's "International Benevolence Award."

After retiring, Mustafa Göçer dedicated his life to instilling a love of nature in people, most of them students, by forming nature walk groups. Göçer's efforts attracted the attention of the Directorate of Religious Affairs, also known as the Diyanet Foundation, which presented him with an award in a ceremony, held in Istanbul on March 13 with the participation of President Recep Tayyip Erdoğan.

Speaking to reporters, Göçer said he did not expect anything in return for his contributions to the nation and that he merely aimed to contribute to his country and to the next generations. Göçer added that he is very happy to see that his efforts have attracted attention and appreciation.

Saying that his love for nature first started at the age of 10 when he planted saplings with his dad around their village, Göçer said he has continued the adventure for 40 years using father's knowledge. 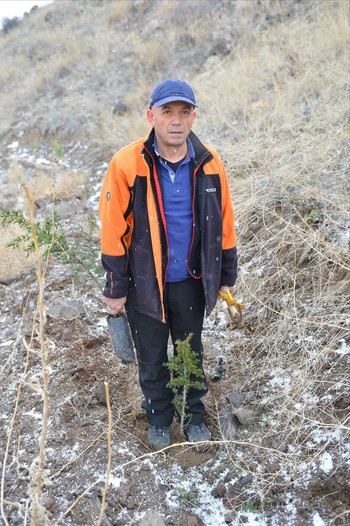 Göçer added that he formed nature walk groups and managed to bring more than 60,000 people and nature together.

"I planted a tree everywhere I went. When there were too many tasks to handle by myself, I formed a nature walk group because there are lots of spaces to plant trees. I have been planting seeds in the mountains for 40 years, putting more than 20,000 seeds in the soil every year. Single-handedly, I have planted one million seeds, so far. In addition, I have planted more than 50,000 saplings. Sometimes I do it alone, sometimes I plant with a shepherd," Göçer said.

Göçer has also visited schools and explained the importance of nature courses in the curriculum to the principles.

"I have been working hard for this cause for the last four years and have managed to start nature courses over the past three years. I also attend classes in many schools. Just this year, we have planted 10,000 seeds and 2,000 saplings with the children. I realize that the children's awareness increases, too. We not only plant seeds with the kids, we also clean the valleys. Children, who often spend their time in shopping centers, have more love for nature by the end of the year," Göçer said.

Mustafa Göçer also added that he had the chance to meet President Erdoğan in the ceremony and once again highlighted the importance of nature courses in the school curriculum.

Göçer also explained that Turkey is one of the countries that cause the least amount of environmental pollution.

"Turkey is located in the Mediterranean climate region and is one of the countries that will be affected the most by global warming. Approximately 26 percent of our country is forest area, and 80 percent of it could be turned into forest. That's why I attach such importance to the nature courses. Even just for two hours a week. I explained this to President Erdoğan, as well. I repeated that these classes will be very beneficial for children, students and future generations. He listened to me and understood my points. Once again, I would like to thank him very much for this opportunity. He definitely cares about nature," Göçer said.

Göçer also said he was very surprised when he was notified about the award ceremony. "The Directorate of Religious Affairs found me, and already knew about my environmental activities. I still don't know how they did it, but they granted me this award in the ceremony, which was held for the third time this year. This shows that we still have so many people in our country that care about, protect and respect green spaces and nature, which made me very happy," Göçer said.

Göçer even planted saplings in Istanbul, where the award ceremony was held.

"I had the chance to plant two scented lemon cypress trees at the entrance of Süleymaniye Mosque. For me, that was the biggest reward. I thank everyone who helped give me this opportunity. I also visited the International Imam Hatip High School in Istanbul and taught the children how to plant trees, which we did together afterwards. I attended classes and talked about how important nature is. Even though I went to Istanbul to receive my award, I still was able to do something for nature. Also, our Presidency of Religious Affairs (DIB) head told me that they appreciate my activities and efforts and that they can offer me the opportunity to plant a tree in Kaaba, which made me very happy," Göçer said.
Last Update: Mar 17, 2017 1:05 am
RELATED TOPICS