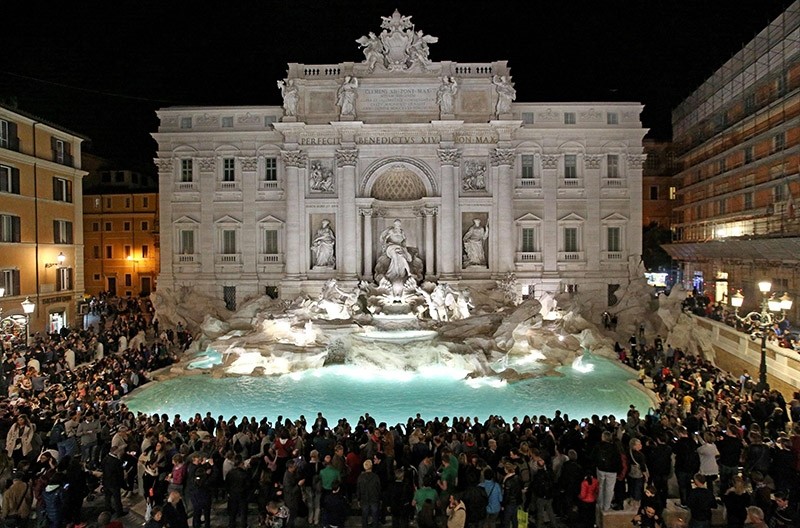 Caritas confirmed the figure to dpa after it was published Wednesday in the Rome edition of the La Repubblica newspaper.

The money left by tourists paid for a supermarket offering free food to poor families, soup kitchens, shelters for migrants and other charitable causes, Caritas said.

Tradition dictates that visitors toss coins into the spectacular 18th-century Baroque fountain if they want to return to the Eternal City.

The collected amount was up by more than 100,000 euros compared to 2013, the last year figures were published. The monument was largely covered up from 2014 to 2015, during a restoration funded by the Fendi fashion house.

But coins were not the only items deposited in the fountain, whose facade features Greek mythological figures set against a 26-metre-high palace.