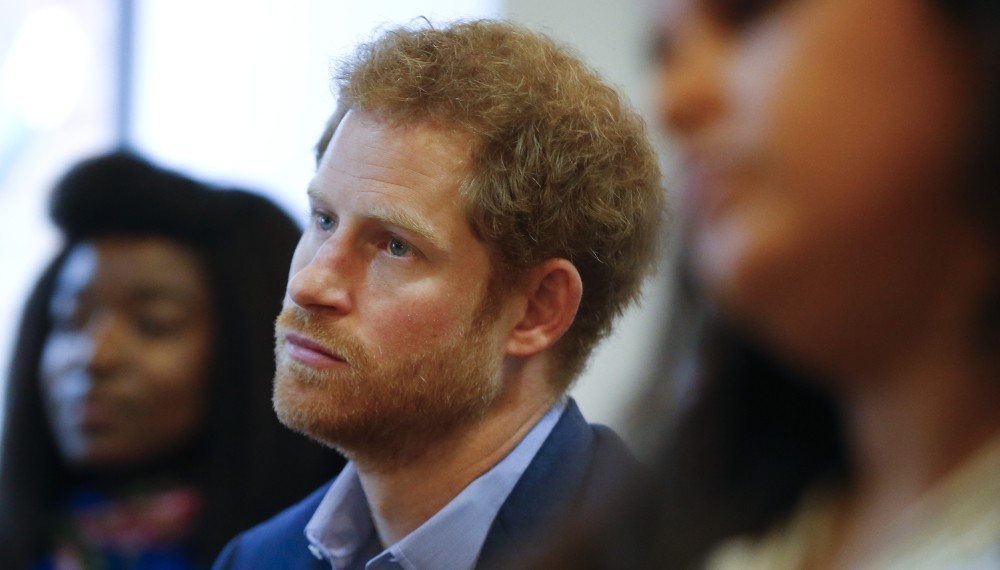 Britain's Prince Harry suffered "total chaos" before eventually seeking help to deal with the death of his mother Princess Diana, he said in an interview published Monday.

Speaking to The Telegraph newspaper, the 32-year-old prince said he had spent years trying to ignore his emotions following Diana's death in 1997 when he was just 12.

"My way of dealing with it was sticking my head in the sand, refusing to ever think about my mum, because why would that help? It's only going to make you sad. It's not going to bring her back," he said. It was not until the age of 28 that he sought help from mental health professionals after encouragement from others, including "huge support" from his older brother Prince William. "It was 20 years of not thinking about it and then two years of total chaos... I didn't know what was wrong with me," he said. While Harry has referred to grief in the past and supported mental health charities, he is acutely sensitive about media attention and it is rare for him to speak openly about his personal experience.

Diana and her boyfriend Dodi Fayed were killed in a car crash in a Paris underpass on Aug. 31, 1997, along with their French driver Henri Paul as they tried to outrun chasing photographers. Her death triggered a mass outpouring of public grief and Harry walked behind her coffin during a funeral which was broadcast around the world.

Harry said he recently confronted the grief of losing his mother as well as tackling the pressures of a royal life including overcoming a feeling of "fight or flight" during engagements. "I generally don't know how we (royals) stay sane. I don't have any secrets, I've probably been very close to a complete breakdown on numerous occasions," he said.

During a decade in the British army Harry served twice in Afghanistan and went on to meet soldiers in a recovery unit, an experience he said had an impact on his health. "You park your own issues, because of what you are confronted with," he told The Telegraph.

Describing himself as "a problem" through much of his twenties, Harry said as well as seeking treatment he found taking up boxing helped. "Everyone was saying boxing's good for you and it's really good for letting out aggression. That really saved me, because I was on the verge of punching someone. Being able to punch someone with pads was certainly easier," he said.

Prince William and his wife Kate are campaigning along with Harry to end stigma around mental health, supporting charities through their Heads Together initiative. Harry said once he started talking about how he felt he discovered he was "part of quite a big club" and encouraged others to open up. "What we're trying to do is normalize the conversation to the point of where anyone can sit down and have a coffee and say, 'You know what, I've had a really shit day. Can I just tell you about it?'" he said.