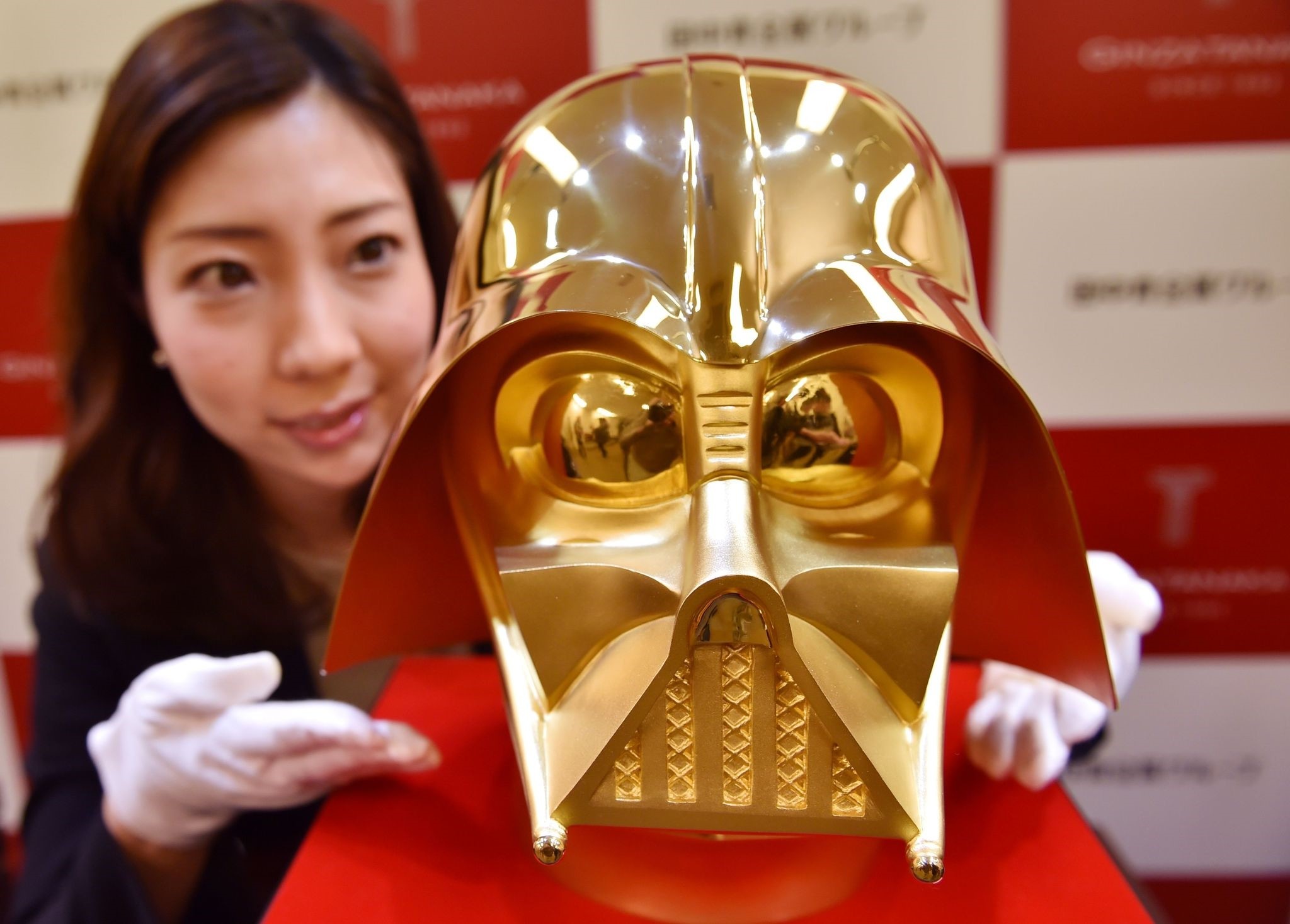 A solid gold Darth Vader mask is set to go on sale for $1.4 million for a one-of-a-kind likeness of science fiction's most famous villain in Japan.

The gold mask, weighing in at 15 kilograms (33 pounds), was commissioned by high-end jeweler, Ginza Tanaka, in Tokyo to mark the 40th anniversary of the release of the Star Wars film.

The mask will be available for purchase on May the fourth -- a date known among fans as "Star Wars Day" because of its similarity to one of the franchise's most famous lines: "May the Force be with you".

The glorious mask is currently on display in the jeweler's main store in Tokyo's Ginza shopping district.

Measuring 26.5 centimeters by 30 centimeters (10 inches by 11 inches), the piece is much larger and heavier than its average brethren.

A spokesperson for Ginza Tanaka noted in a statement, "Unfortunately, you cannot wear this mask because it is too heavy."

Alongside the mask in the auction, the Japanese jeweler will also be offering three coins, made of solid gold, and a small package for Star Wars enthusiasts, including a replica of the original Star Wars film poster which hit the theaters 40 years ago.

This collector's package is not for the average collector, however, with a price tag of $11,000.

Ginza Tanaka, which is celebrating its 125th anniversary this year, has in the past created other gold commemorative products including a Christmas tree, samurai helmets and footballer Lionel Messi's left foot.