Turkish student dedicates himself to feeding hundreds of cats 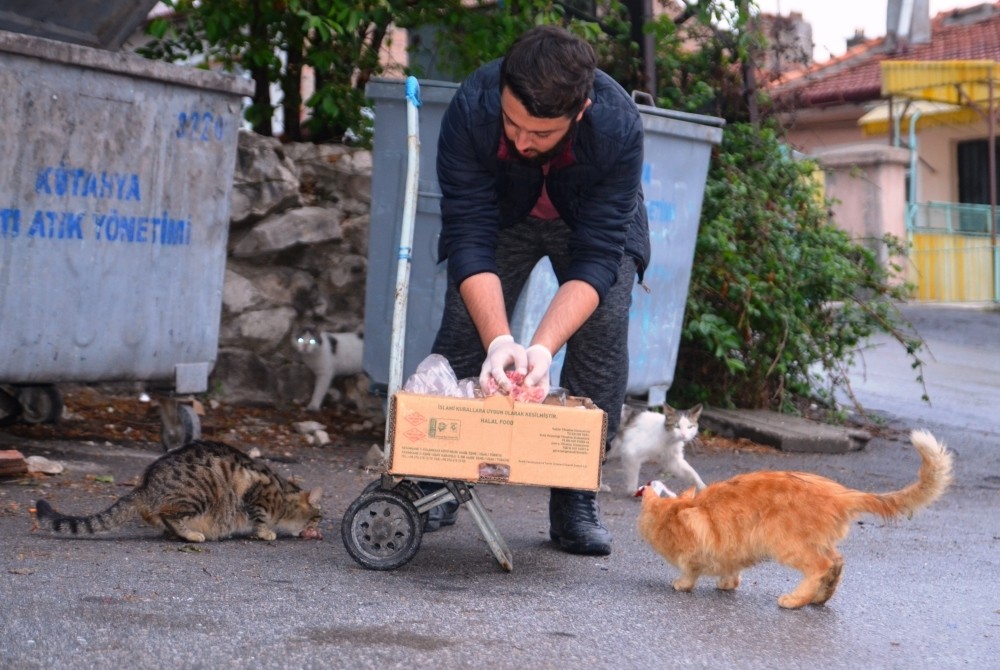 Metehan Erdem, 22, a university student living in Kütahya, feeds over 300 stray cats with the leftovers he collects from restaurants and butchers every day. Thanks to his approach toward stray cats, Erdem was awarded by Radio Dumlupınar along with nine other people.

"Cats know me by the sound of the trolley, which I use to carry them food," said Erdem. He stated that he has loved animals since he was a child and added, "It has been about a year since I started to support stray animals that are having difficulty getting food." 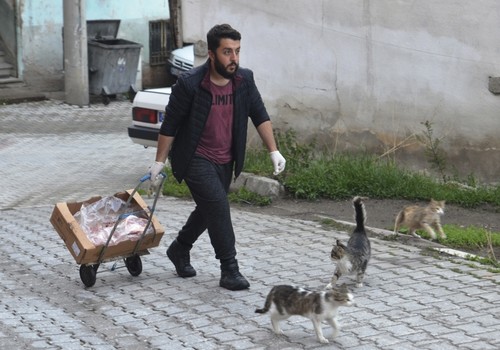 Stating that he started feeding cats from his own home street, Erdem said he was feeding them with dry food at first and then reached more cats by getting meals and fish leftovers.

Saying he was collecting leftover fish from the traders at the fish market, Erdem added, "I went to restaurants and butchers when fish season came to an end. Most of them support me. I take the leftovers, meat pieces and bones they give me to the cats. Sometimes I feed them with the dry food I buy. I feed about 300 cats by visiting 25 streets in Kütahya's Maltepe, Müderris, Sazak and Saray districts. I have done this at every day's end since last year."

Erdem stated that he waits for support from citizens and added, "Sometimes people try to stop me while I am feeding cats. The society needs to be more sensitive about this issue. I am waiting for supplies and moral support." Expressing his happiness about feeding animals, Erdem stated that he will continue this act of service whenever he can.