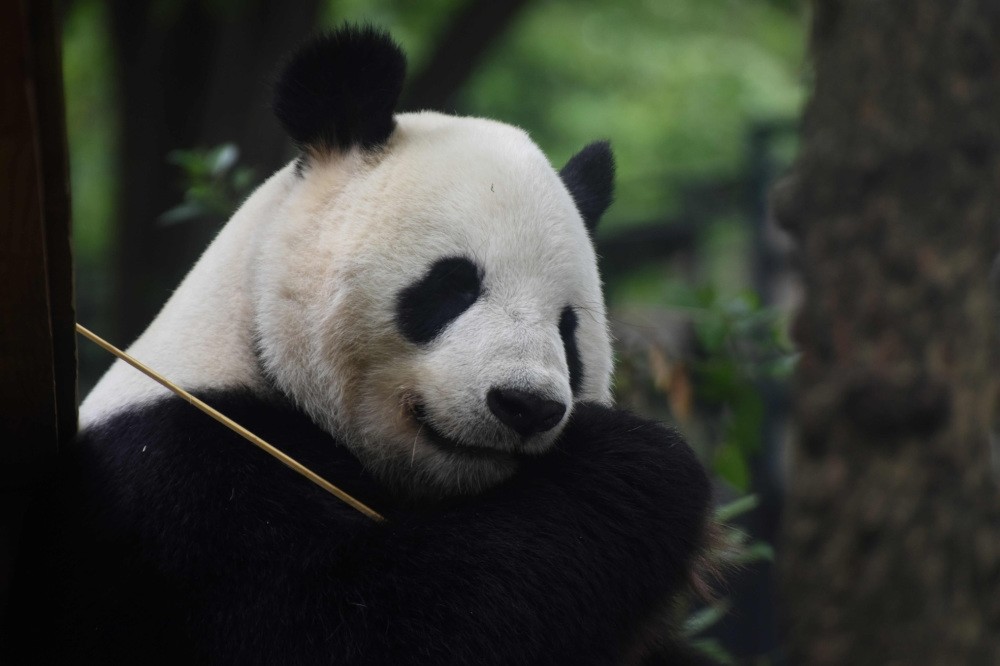 Japanese well-wishers flocked to a Tokyo zoo Wednesday to get their last glimpse of a possibly pregnant panda before she goes into confinement.

Eleven-year-old Shin Shin, who mated with male Ri Ri February, appeared imperiously unruffled by the attention as she sat munching on bamboo and playfully rubbed the husks on her furry belly in front of a large crowd at Ueno zoo.

The panda will be removed from public viewing from Thursday, officials said.

"I won't be able to see her for a while so I decided to come and see her today," zoo visitor Yukari Oshima told AFP.

As visitors and media crammed to get a look at the suspected mum-to-be, Ri Ri skulked around in a separate pen in the background wondering what all the fuss was about.

Giant pandas are bashful animals and notoriously clumsy lovers, with males often miscalculating when a female is in the mood and often baffled by the mechanics of mating, according to experts.

In the event the cuddly creatures do feel compatible, sex is frequently over too quickly to impregnate the female, who is only receptive to the proposition for two or three days a year between February and May.

Shin Shin gave birth to a baby in 2012, the first at the zoo in 24 years, but the cub died from pneumonia six days later.

She could give birth as early as next month, local media reported, although zookeepers still do not know if Shin Shin's current condition is a phantom pregnancy.

According to estimates, less than 2,000 giant pandas remain in the wild, in three provinces in south-central China.