UN chief warns oceans are 'under threat as never before' 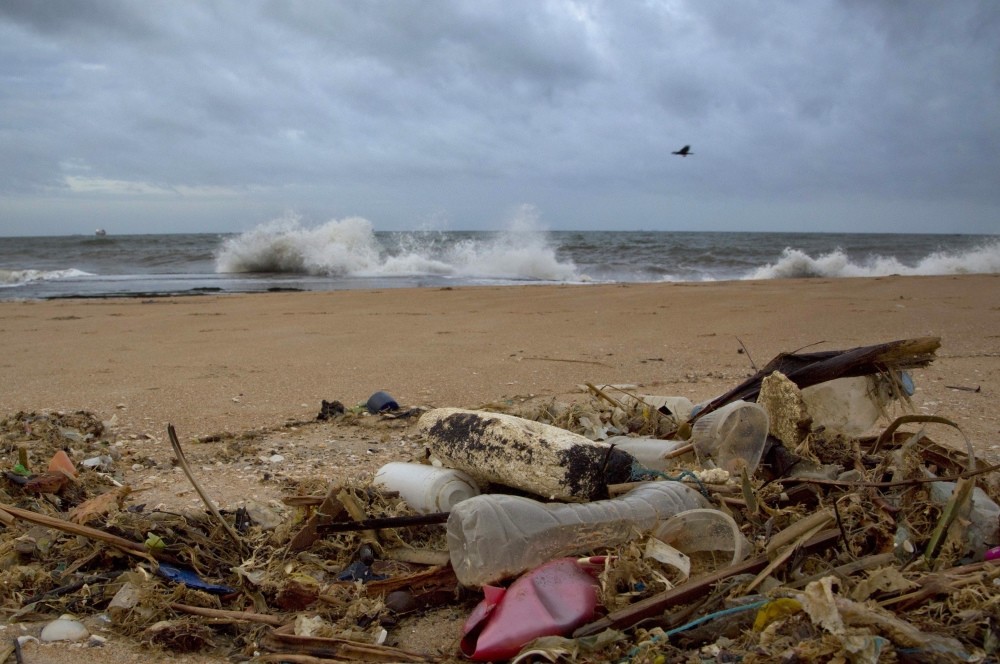 Secretary-General Antonio Guterres opened the first U.N. conference on oceans Monday with a warning that the seas are "under threat as never before," noting one recent study warns that discarded plastic garbage could outweigh fish by 2050 if nothing is done.

The U.N. chief told presidents, ministers, diplomats and environmental activists from nearly 200 countries that oceans ,"the lifeblood of our planet," are being severely damaged by pollution, garbage, overfishing and the effects of climate change.

The five-day conference, which began on World Environment Day, is the first major event to focus on climate since U.S. President Donald Trump announced Thursday that the United States will withdraw from the 2015 Paris Climate Agreement, a decision criticized by Bolivian President Evo Morales and other speakers Monday.

Guterres said the aim of the conference is "to turn the tide" and solve the problems that "we created." He said competing interests over territory and natural resources have blocked progress for too long in cleaning up and restoring to health the world's oceans, which cover two-thirds of the planet. "We must put aside short-term national gain to prevent long-term global catastrophe," Guterres said. "Conserving our oceans and using them sustainably is preserving life itself."

General Assembly President Peter Thomson, a Fijian diplomat, said, "The time has come for us to correct our wrongful ways." "We have unleashed a plague of plastic upon the ocean that is defiling nature in so many tragic ways," he said. "It is inexcusable that humanity tips the equivalent of a large garbage truck of plastic into the ocean every minute of every day."

Guterres cited a 2016 World Economic Forum report on "The New Plastics Economy," which said the best research estimates there are over 150 million tons of plastics in the ocean. "In a business-as-usual scenario, the ocean is expected to contain 1 ton of plastic for every 3 tons of fish by 2025, and by 2050, more plastics than fish (by weight)," the report said.

Thomson also warned that illegal and destructive fishing practices and harmful subsidies for fisheries "are driving our fish stocks to tipping points of collapse." And, he said, the increasing human-caused carbon emissions tied to climate change are causing rising sea levels by warning the oceans and harming marine life by making the seas more acidic with less oxygen. Thomson said the conference probably represents the best opportunity ever "to reverse the cycle of decline that human activity has brought upon the ocean" and spur action to meet the U.N. goal for 2030 to conserve and manage the ocean's resources.

The conference asked governments, U.N. bodies, and civil society groups to make voluntary commitments to take action to improve the health of the oceans. So far, over 730 commitments have been received, most on managing protected areas, conference spokesman Damian Cardona said.

At the end of the conference Friday, nearly 200 countries will issue a "call for action" addressing marine issues, which Cardona said has already been agreed.

It urges nations to implement long-term and robust measures to reduce the use of plastics, including plastic bags, and counteract sea-level rise that threatens many island nations as well as rising ocean temperatures and increasing ocean acidity.