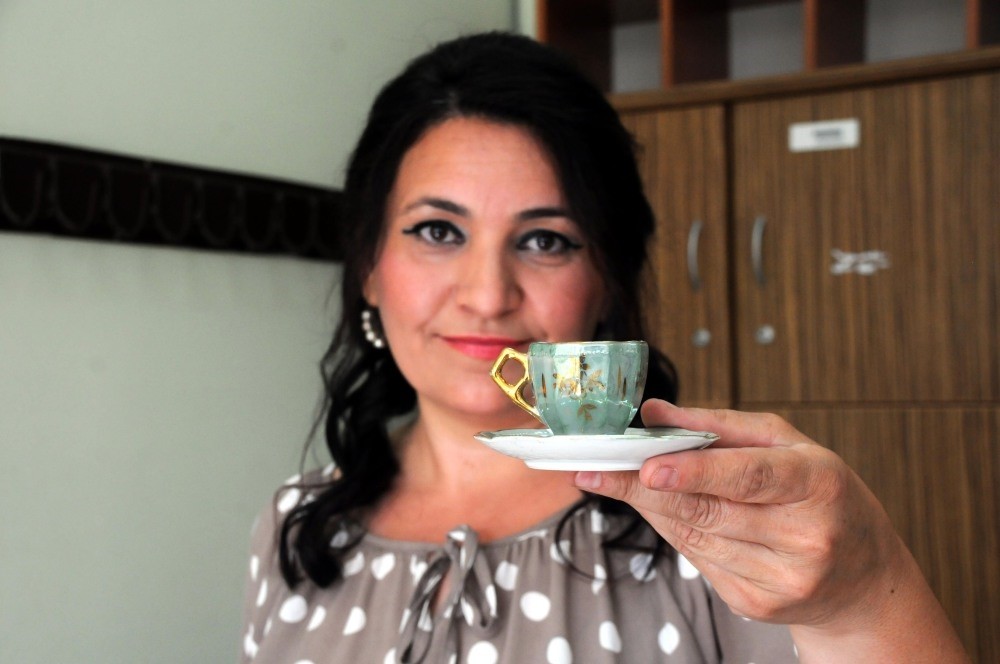 Mesude Işıklı, 41, a visual arts teacher from Osmaniye, has been collecting antique cups for 10 years. With a collection of 548 cups, the antique treasure trove the collector has gathered mesmerizes any viewer that comes across it.

Working at Kadirli Ergenekon Şehit Mehmetçik Primary School, Işıklı started collecting cups after accepting a 70 year-old cup as a gift from a relative.

Collecting cups with various patterns and forms from the cities she visited, Işıklı now has an antique collection consisting of nearly 600 pieces. 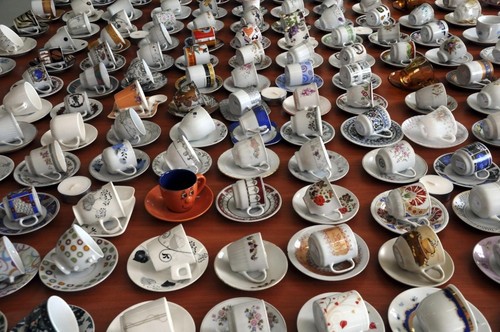 Talking to Anadolu Agency (AA) Işıklı stated that the collection she accumulated with the help of her acquaintances astonishes viewers.

Stating that her guests generally bring cups from their dowry chests for her collection, Işıklı said: "The contributions of my friends and relatives really enriched my collection. These cups are a form of happiness for me. I display them at the school. It attracts a great deal of attention from the parents and students. They also support the collection. There are cups dating back 120 years ago in the collection. People do not think about what to buy or bring for me on special days. I'm open to support from everyone."

Candidate for the Guinness World Record

Stating that an Australian is currently holding the world record with a collection of 650 cups, Işıklı set a target of 1,000 pieces. With an aim to break a record with her hobby, Işıklı wants to announce her success to the world.