Summer Solstice 2017: Thousands flock to Stonehenge to celebrate longest day of the year 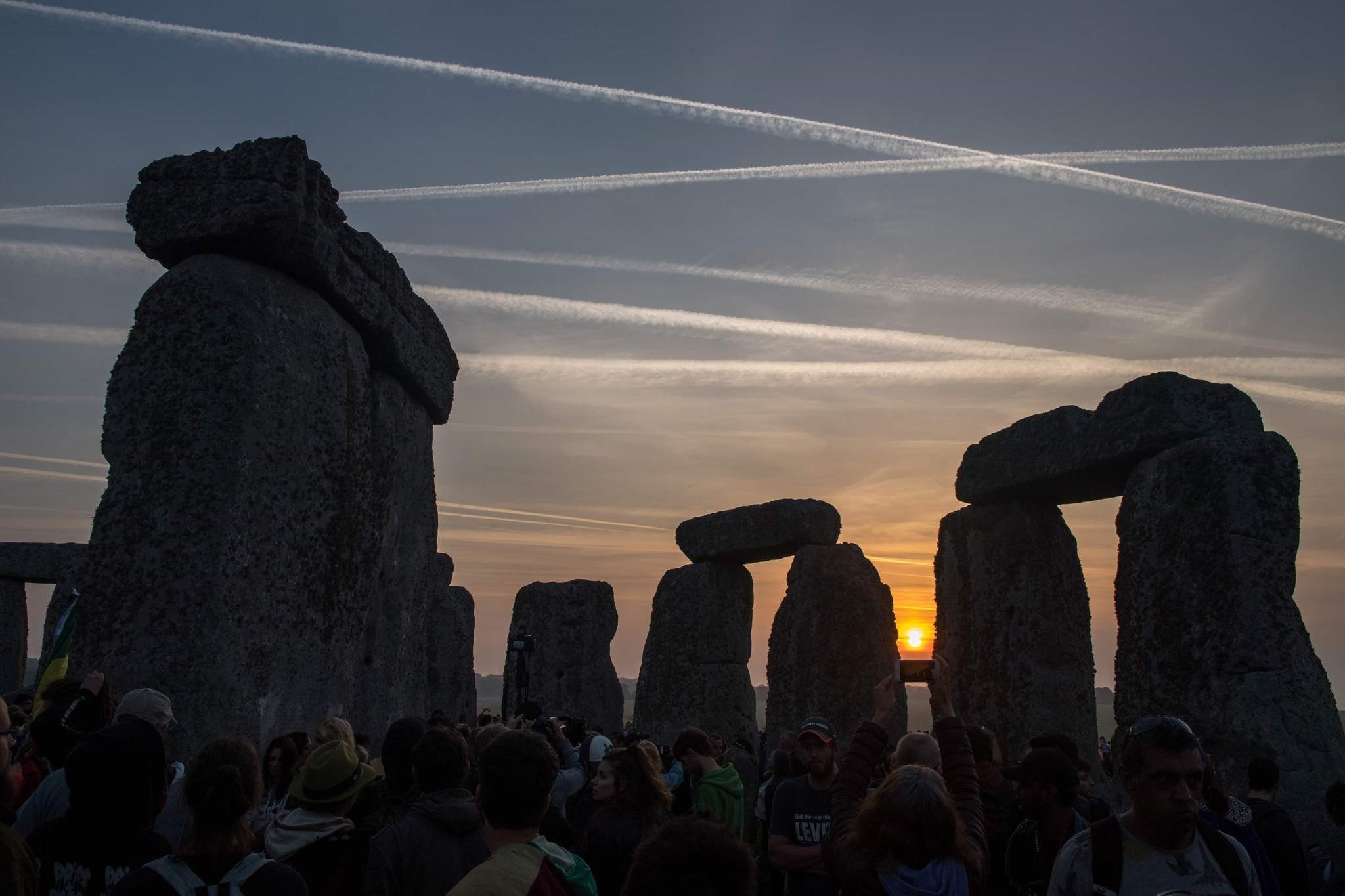 Revellers watch the sunrise as they celebrate the pagan festival of Summer Solstice at Stonehenge in Wiltshire, southern England on June 21, 2017. (AFP Photo)
by Daily Sabah with AFP Jun 21, 2017 12:00 am

Around 13,000 people gathered at Stonehenge on Wednesday to witness the summer solstice sunrise at Britain's most famous prehistoric monument.

Druids and midsummer revellers witnessed the sun rise at 4:52am (0352 GMT) on the longest day of the year at the site, whose stones are aligned to the sun's position when it rises on the solstice. This phenomenon occurs twice a year.

Those who stood in just the right place inside Stonehenge also got to see the sun rise directly above the Heel Stone.

Some pagans hugged the carved bluestones while one group of revellers did yoga together and others laid their hands together on the stones and chanted. The summer solstice is the only time in the year when the precious stones can be touched.

Some visitors had garlands of flowers in their hair, played guitars or tambourines, while others simply laid down to soak up the atmosphere.

The mysterious circle of standing stones, on Salisbury Plain in southwest England, is one of the most famous ancient sites in Europe and is believed to have been used as a religious site for more than 4,000 years.

A UNESCO world heritage site, Stonehenge is one of the most impressive prehistoric megalithic monuments anywhere due to its size, sophisticated concentric plan and architectural precision.

"We are pleased with how the celebrations have gone.

"This year we had extra security arrangements in place and we'd like to thank everyone for their patience and understanding."

Armed police were on guard at the site, following four terror attacks in the last three months in Britain.

A man calling himself King Arthur Pendragon and claiming to be a senior druid boycotted the event over the £15 ($19, 17 euro) car parking charge.

The Stonehenge solstice stalwart claimed the fee breached his human rights, but his legal challenge earlier this year failed.

"Pilgrims are being financially precluded from attending their temple due to the 'pay to pray' policy," he said.