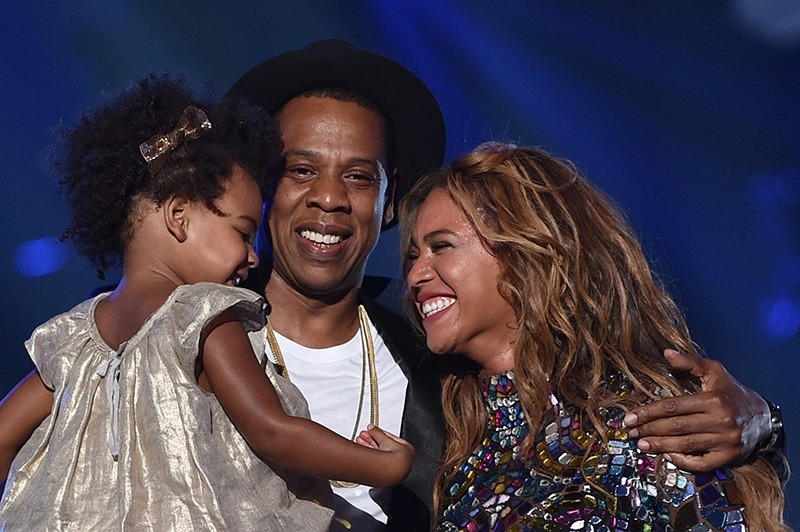 The wait may be over for the names of the twins of music power couple Beyonce and Jay-Z. Signs point to the names as Rumi and Sir.

The pop diva and rapper, whose real name is Shawn Carter, have filed to U.S. authorities to copyright "Rumi Carter" and "Sir Carter," ensuring no one else profits from the names to sell anything from fragrances to music.

The filings with the U.S. Patent and Trademark Office come from an identical California address to an earlier application for the name of the couple's five-year-old daughter, Blue Ivy Carter.

Jay-Z and Beyonce and their representative have not commented on the twin's names or even confirmed their birth, although Beyonce's father acknowledged her delivery over social media.

Gossip site TMZ first reported the copyright filings and noted that they were dated Monday, the same time the parents were said to return to their Los Angeles home with the twins.

Rumi is the name of the 13th-century philosopher and Islamic scholar who endures as one of the best-loved writers of the Sufi spiritual tradition, with verses that celebrate love, joy and tolerance.

Jay-Z Friday released his 13th album, "4:44," in which he alludes to Persian poetry on the song "Marcy Me," which describes his upbringing in a public housing project in Brooklyn.

Appearing to liken his rhyming skills to the literary tradition, Jay-Z raps, "Sufi to the goofies / I could probably speak Farsi."

The choice of "Sir" is less obvious, although the two names raise speculation that both children are boys.

News of the twins -- first revealed when a pregnant Beyonce showed her bare baby bump on Instagram -- has delighted the two stars' fans, some of whom expect a musical dynasty along the lines of the Jacksons.

Blue Ivy has already appeared in music including on Jay-Z latest album, in a song in which the rapper vows that his family will carry on his business empire and help represent African-Americans.