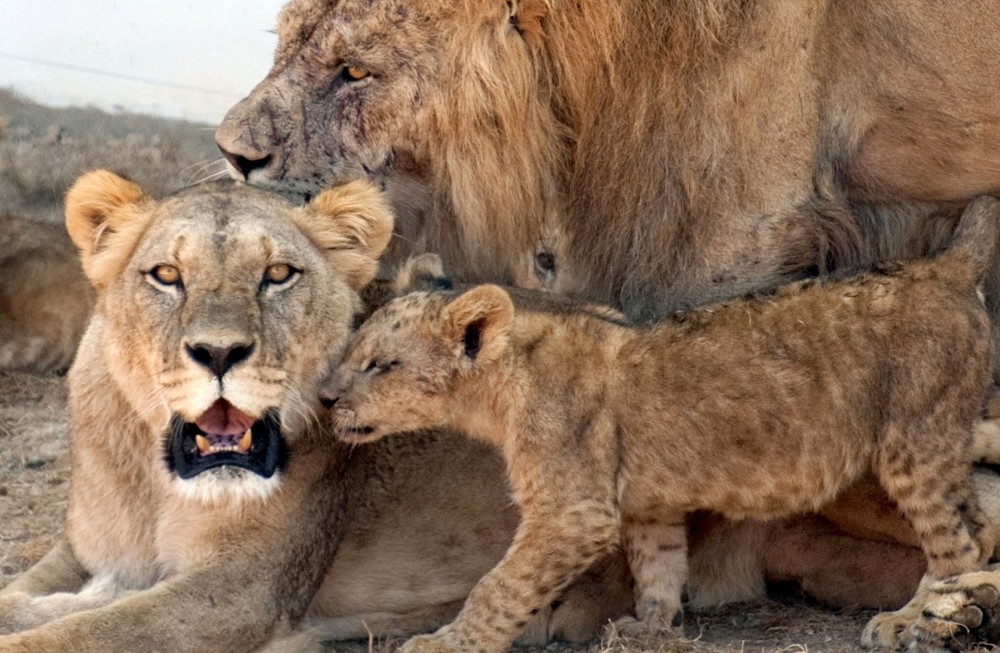 The Barbary lion, once common across north Africa, was declared extinct after a 1922 hunt that saw it vanish from its natural environment.
by Jul 12, 2017 12:00 am

The world is experiencing a "biological annihilation" of its animal species due to "human-caused global environmental problems" in recent decades, a new scientific study has found.

The demise of billions of animals from thousands of species both rare and common means the sixth mass extinction event is already well underway and is "more severe than perceived," the study published in a peer-reviewed journal, Proceedings of the National Academy of Sciences (PNAS), said.

"In the last few decades, habitat loss, overexploitation, invasive organisms, pollution, toxification, and more recently climate disruption, as well as the interactions among these factors, have led to the catastrophic declines in both the numbers and sizes of populations of both common and rare vertebrate species," it said.

There have been five "mass extinctions" in the past 500 million years of earth's history, during which 75 percent of species disappeared.

The last one was some 66 million years ago, when 76 percent of all species were lost, including the dinosaurs, due to volcanic activity, climate change and asteroid impact.

The study was conducted by researchers from Stanford University and the National Autonomous University of Mexico.

The study used a sample of 27,600 terrestrial vertebrate species and a more detailed analysis of 177 mammal species that faced population extinction between 1900 and 2015, which showed extremely high degree of population decay in vertebrates, even in species of low concern.

Of the 27,600 species that comprises nearly half of known vertebrate species, a third or 8,851 have decreased in population size and geographic range, even though they are not currently considered endangered, the study found.

In the 177 mammals, all have lost 30 percent or more of their geographic ranges, while more than 40 percent have experienced severe population decline with more than 80 percent range shrinkage.

"Several species of mammals that were relatively safe one or two decades ago are now endangered," the study said, citing examples of massive declines in the population of cheetahs, orangutans, lions, pangolin and giraffes.

The study said a strong focus on species extinctions leads to "a common misimpression" that earth's habitat is not immediately threatened, just slowly entering an episode of major biodiversity loss.

"This view overlooks the current trends of population declines and extinctions," the study said, warning that the crisis is a "frightening assault on the foundations of human civilization.

"Dwindling population sizes and range shrinkages amount to a massive anthropogenic erosion of biodiversity and of the ecosystem services essential to civilization," it said.

The report warned: "The resulting biological annihilation obviously will have serious ecological, economic, and social consequences."

"Humanity will eventually pay a very high price for the decimation of the only assemblage of life that we know of in the universe."

The report said that "the ultimate drivers of those immediate causes of biotic destruction, namely, human overpopulation and continued population growth, and overconsumption, especially by the rich."

The scientists also said the window for effective action is very short, probably two or three decades at most.

"All signs point to ever more powerful assaults on biodiversity in the next two decades, painting a dismal picture of the future of life, including human life," it warned.