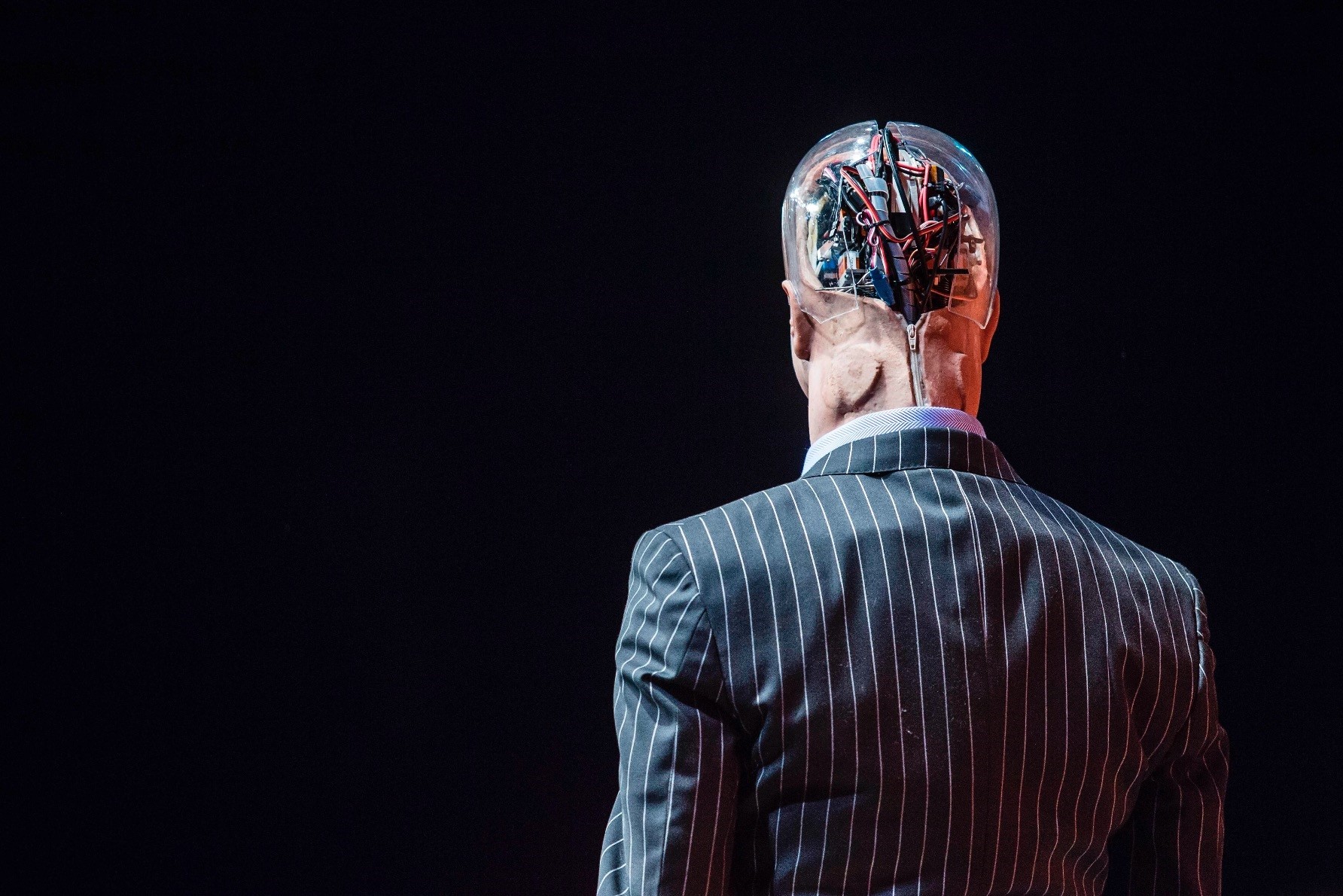 It was a spooky sight: Two lifelike disembodied robot torsos discussing the pros and cons of humans in front of a nervously tittering audience in Hong Kong Wednesday.

Artificial intelligence is the dominant theme at this year's sprawling RISE tech conference at the city's harborfront convention center, but the live robot exchange took the AI debate to another level.

Handsome male humanoid Han, dressed in a pinstripe suit jacket, and his elegant sister Sophia, modeled on Audrey Hepburn, chatted onstage about life in the universe and everything, from their love of science fiction to their bewilderment at "silly" reality shows.

While chief scientist Ben Goertzel of Hong Kong-based Hanson Robotics, which invented the machines, sang their praises, the robots seemed more skeptical of their human peers.

When Goertzel asked the duo whether robots could really be moral and ethical, Han countered: "Humans are not necessarily the most ethical creatures."

The robot later pointed out: "In 10 or 20 years, robots will be able to do every human job."

A gentler Sophia conceded that humans do have "some ability to reflect and self-modify."

She insisted her aim was to work together with people, before Han "joked" he thought the robots' goal was to take over the world.

The machines had been programmed to banter and learn from each other, and had been trained to act like humans from movies and YouTube, said Goertzel.

Their malleable skin is controlled by dozens of motors, while computers in their torsos help with vision and movement. They can also connect to Wi-Fi to use cloud computing, where they will eventually share a vast amount of knowledge, Goertzel said.

Robots could be "as smart as people" in as little as three years, he predicted.

According to robot mastermind David Hanson, CEO and founder of Hanson Robotics, the machines' onstage repartee was only part scripted and is just a taste of things to come.

He said he wanted them to "emotionally engage" with people - Sophia has already graced the cover of fashion magazines, sung at pop concerts and appeared on television talk shows.

"This is a kind of character animation that can come to life in our world," Hanson told AFP.

Robots would be able to work with humans in factories, customer service and medicine but would also become our friends, said Hanson, who did not rule out eventual robot-human romantic relationships.

"As the AI matches and exceeds human levels of intelligence we hope they'll help us solve the world's great problems," he added.

However, Hanson acknowledged there were fears over what the future could hold.

"There's reasonable speculation that if we don't build machines that really care, they'll have motives of their own," he said, adding that it was important to openly discuss how to develop AI that is "inherently safe and good and caring."