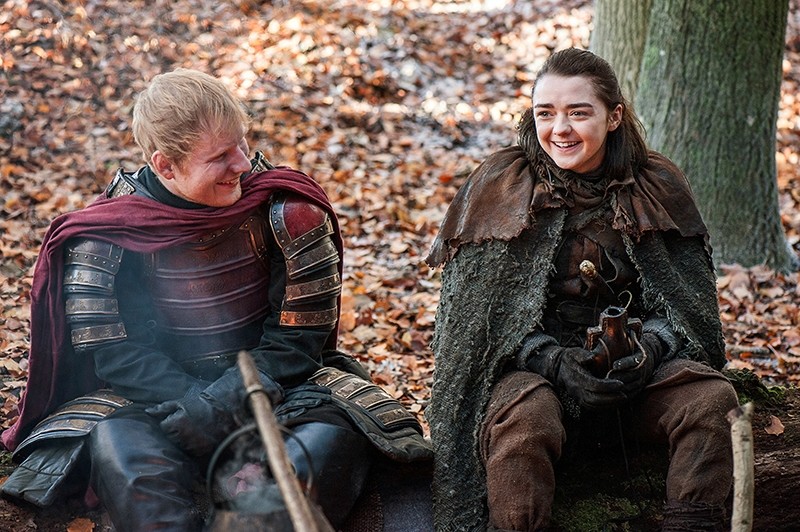 This image released by HBO shows Ed Sheeran, left, and Maisie Williams in a scene from ,Game of Thrones., (AP Photo)
by Compiled from Wire Services Jul 18, 2017 12:00 am

Ed Sheeran's disappearance from Twitter appears to be short-lived.

The singer's account is back online hours after it suddenly vanished. All of Sheeran's tweets since April 2015 have been removed, and the singer's more than 19 million followers have been reduced to a few thousand.

The move follows Sheeran's cameo on the season premiere of "Game of Thrones" Sunday night. Sheeran's appearance as a singing Lannister soldier became a buzzed-about topic on social media.

The 26-year-old told Britain's Sun tabloid this month that he was no longer using his Twitter account aside from posting his Instagram pictures to it. The British singer, whose "Divide" album topped the charts in the United States earlier in July, has been vocal about his dislike for Twitter, saying it was "nothing but people saying mean things" and that he was trying to "work out why people dislike me so much."

Sheeran remains on Instagram , where he posted a picture of himself climbing mountains in Peru on Monday.